Confessions of a Ped 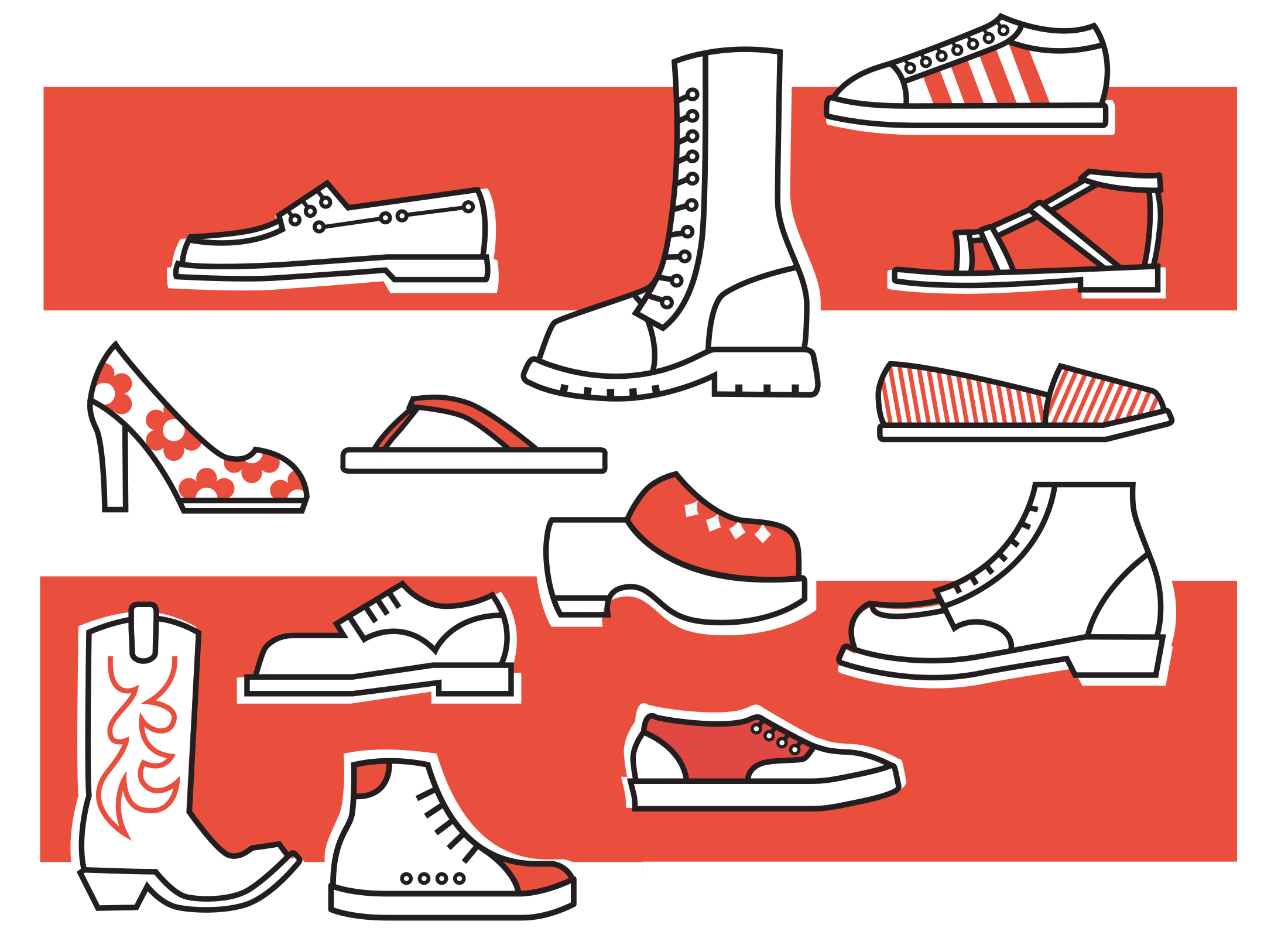 D.J. Waldie is the author of Holy Land: A Suburban Memoir and Where We Are Now: Notes from Los Angeles among other books. His essays on the politics and history of Los Angeles appear weekly at KCET.org. Portions of these pieces, in a substantially different form, were originally posted to KCET.

Place. The other day while walking to mass, I crossed the cement apron that leads out of the alley behind the houses on Clark Avenue. I’ve crossed the alley from the time I was a boy and through the 32 years I walked to work following my father’s death.

But this time, a sheet of water—probably leaking from a backyard hose—spilled across the concrete.

For the ﬁrst time, I noticed that inscribed in the concrete were names, but almost worn smooth. Children had written awkwardly, haphazardly in the wet concrete but with respect for each other. Their names didn’t overlap.

The loose water had brought out the faint letters.

I’m not inattentive. The qualities of the everyday interest me. Yet here were persistent marks of lives that had neighbored mine for years and which I had never seen, would never have seen except for the contingencies of that moment.

Messing with the wet concrete of a new sidewalk is a trope of suburban comedy—Dennis the Menace meets exasperated workman. In the innocence of that kind of comedy is the expectation that every mistake will be smoothed back.

The route that takes me across the alley and down Clark Avenue hardly ever varies (part of my mildly obsessive-compulsive personality). The route is the same, but the walk is always different, and not just because the conditions of light and air and ambient sound are various. In the midst of the many things that persist are as many things that I see for the ﬁrst and last time.

Like the pattern this morning of the leaves on the birch tree that leans over the sidewalk. Like the shining tracks of snails gone in an hour. Like the bloomed-out roses behind the chain link fence that will linger, with subtle differences, for another day or two.

The names of the children have been there for decades in the concrete in front of the alley. Their names will be there until some upheaval bulldozes away my neighborhood. I may never see the names again (although I know that they’re there now).

I used to think that we sought permanence in marks like the children’s names. I think now that what we get is provisional, despite our intentions. Enough stays the same on my walk to bolster my illusions about my place. Enough changes to question those illusions.

Walkers have a better appreciation of this wonder. Walkers see ordinary (even humble) vistas opening at a pace that lets contemplation occur unbidden. You can be woefully distracted by daydreams or sorrow while walking a suburban sidewalk, but then a birdcall, the rattle of the wind in the leaﬁess trees, or the sight again of some pattern will momentarily lighten the darkness of self-absorption. And a sense of place is made.

Time. Wallace Stevens (1879-1955) walked to work. He lived in Hartford, Connecticut where he was a corporate executive for the Hartford Accident & Indemnity Company. A fellow executive there recalled that Stevens was “respected, perhaps a little bit feared.”

Stevens never learned to drive. He walked from his white, two-story house at 118 Westerly Terrace to his ofﬁce each workday, turning down offers of a lift from other men driving to work. It was a substantial walk of nearly two-and-a-half miles each way, most of it on a long, straight section of Asylum Street.

Stevens walked as he murmured to himself in rhythms and rhymes. Mornings, he would write down what he had composed before he turned to work at his ofﬁce, writing down lines about a “Man with the Blue Guitar,” the “Disillusionment of Ten O’Clock,” “The Emperor of Ice-Cream,” and “Thirteen Ways of Looking at a Blackbird.”

Stevens was a successful businessman, an unhappy husband, and a poet who won the Pulitzer Prize in the last year of his life. He thought that having an everyday sort of career was important to his art. Stevens also thought that walking was a source of his poems.

His walking was paced to make time for a foot of verse. Work and walking made Stevens a writer. They made me one, too.

Folded. The rain began about 7:15 this morning. The light in my bedroom changed suddenly from yellow to gray-green, and the aluminum awnings over the front windows began to ping with the ﬁrst drops. As the rain settled in, the awnings rattled steadily, like someone shaking dice in a metal box.

When I got up, I got out my raincoat and umbrella.

It’s a folding umbrella, but not one of those umbrellas the size of a handkerchief and only good for a trip from the nearest parking place to the nearest door until it’s forgotten under the driver’s seat of the car. I have a hiker’s umbrella, big enough to walk under and sturdy enough to take out into a stiff wind.

The raincoat is a Burberry, bought when I went to England in 1984. It’s missing buttons and it’s as ﬁlthy as nearly 30 un-dry-cleaned years of rain and walking could make it. It seems to have lost some of its original waterprooﬁng. When the rain sheers at an angle, the drops run down the front onto the wetter and wetter knees of my trousers.

The rain came down hard at 7:45 a.m., backed by wind that blew from the north and then from the west. Drops splatted on the umbrella as I walked, some of the rain blowing under.

The wind was behind me when I turned the corner of my block, and the umbrella shook at little. The cars on South Street hissed by. The sounds were loud enough for a noticeable Doppler effect, the pitch higher as cars approached and falling lower as the cars moved past. The sound made even a meek Prius seem aggressive.

Some of the morning’s rain was settling into the aquifers that feed the Central Basin. I’ll drink that water one day. Some of the rain was running away into Coyote Creek and the San Gabriel River.

The rain mostly blew out while I walked, leaving a question behind: to fold or not fold my umbrella? Walking with an open umbrella when it’s not really raining seems conspicuously foolish. But what if it’s nearly not raining? Only half-foolish?

Cars drove by without their windshield wipers running. Warned, I folded my umbrella.

Imagination. I look at sidewalks a lot. Miserable eyesight makes the far away a muddle better ignored. Miserable depth perception makes the up-close a zone of potential missteps. What I’m walking on occupies me.

Like much of the everyday, the sidewalk’s plainness conceals a history, not just of its being there at all but also a history of the decisions that determined its four-foot width and its transverse stress relief grooves that give a warning clickity-clack when skateboarders overtake me.

Setting aside outliers—the Hollywood Walk of Fame, say—even the most utilitarian of sidewalks is lifted from the simply mechanical by the application of someone’s hands. Every bit of the built landscape in my constricted ﬁeld of view has been given shape by an aesthetic choice.

None of these ordinary things is beautiful. But each of them is marked. As I go on my way, monuments of the imagination are at my feet.