In early December 2018, the Los Angeles Police Department (LAPD) announced that officers will distribute reflective vests and LED clip-on lights to pedestrians who are stopped for violating traffic laws. 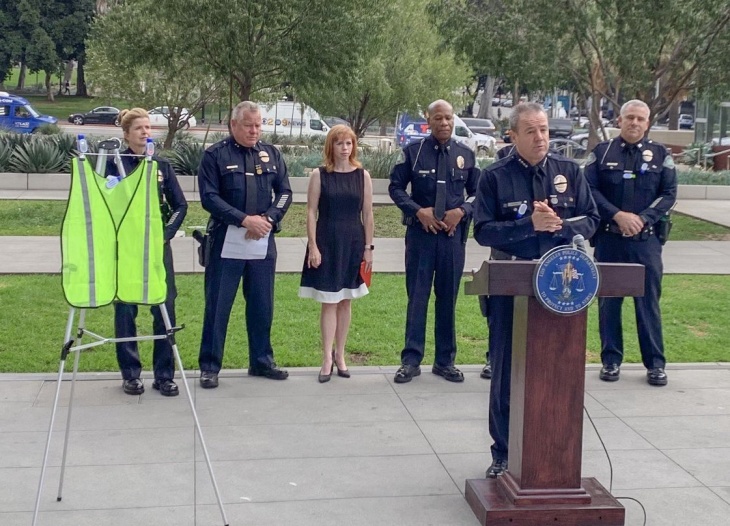 The initiative is an effort to reduce the number of pedestrian fatalities in Los Angeles, where at least 107 people died while walking so far in 2018 -- more than half of the 200 people killed in traffic collisions this year.

Through a partnership with Farmers Insurance, LAPD will distribute 1,200 reflective safety vests and 700 LED lights. Rather than issue a citation to people walking, officers will issue a warning, hand out a pamphlet on traffic safety, and offer the pedestrian a reflective vest or an LED light to clip onto their clothing.

In response to the initiative, Los Angeles Walks shares the following comments:

Los Angeles Walks appreciates LAPD’s interest in pedestrian safety - which is a real, growing, and preventable public health issue in Los Angeles. This “solution” is woefully simplistic, though, and doesn’t get at the root of the problem.

Pedestrian safety vests are absolutely not the right direction for a Vision Zero city.

LAPD’s misguided initiative has offered an opportunity to address pedestrian safety and the many ways the safety of people walking is completely within our control as a city - without the impractical and absurd use of reflective vests.

At the root of this issue is a street system in which all the odds are stacked against people walking. This is especially true in low-income neighborhoods and communities of color, which are far less likely to have pedestrian infrastructure (such as protected crossings) than affluent areas. 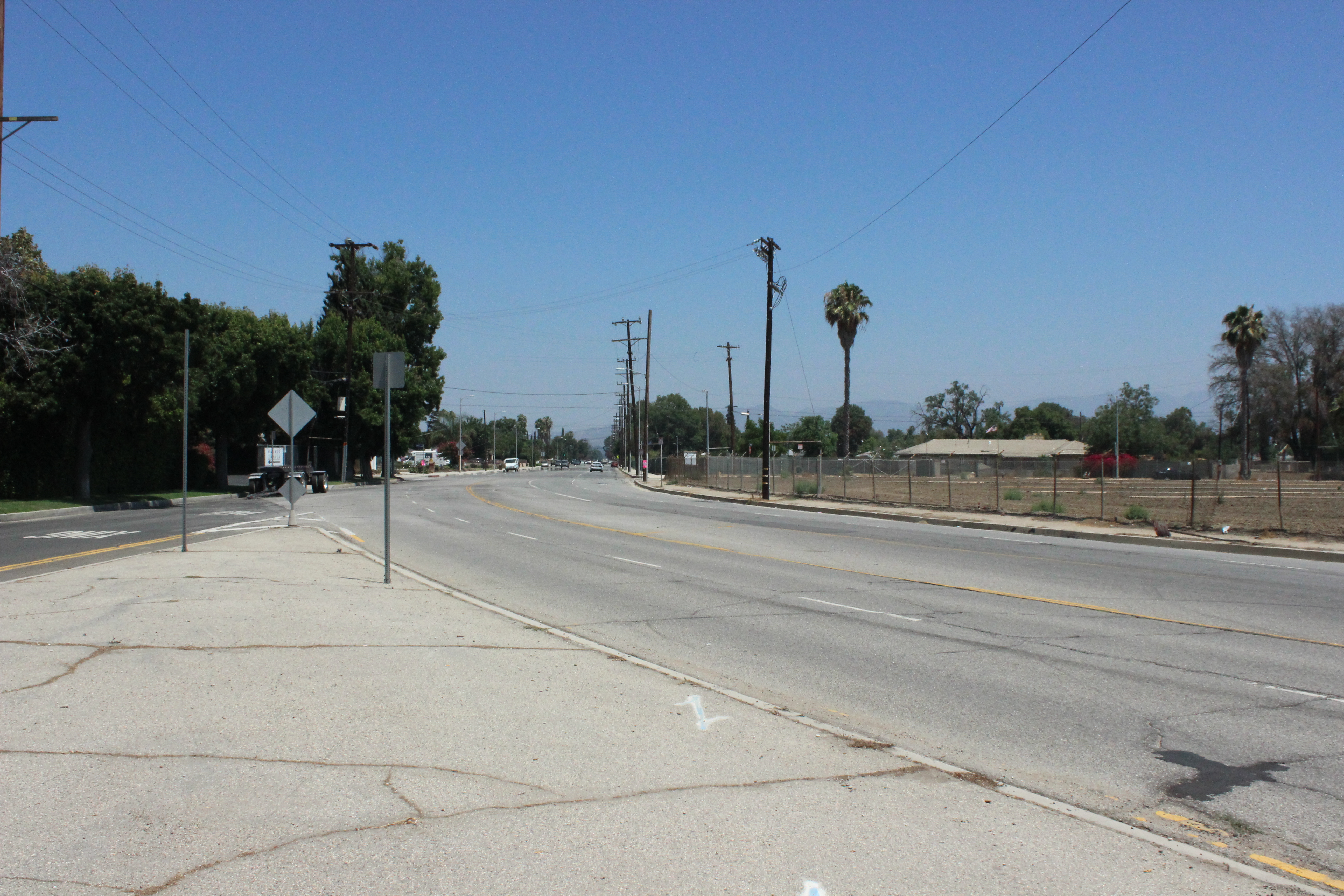 Low-income people have the highest rates of walking and bicycling to work, but are often walking in neighborhoods from which the City has divested for generations, where street safety infrastructure is hard to come by.

Los Angeles Walks believes it is unfair to hold individuals responsible for a City’s failure to provide the most basic transportation infrastructure.

We take issue with the use of the term “jaywalking” to describe someone who may simply be crossing the street where there SHOULD be a crosswalk, but is not. Los Angeles has had a long love affair with the automobile; people walking have paid the price by having to put themselves in harm’s way just to get across the street. 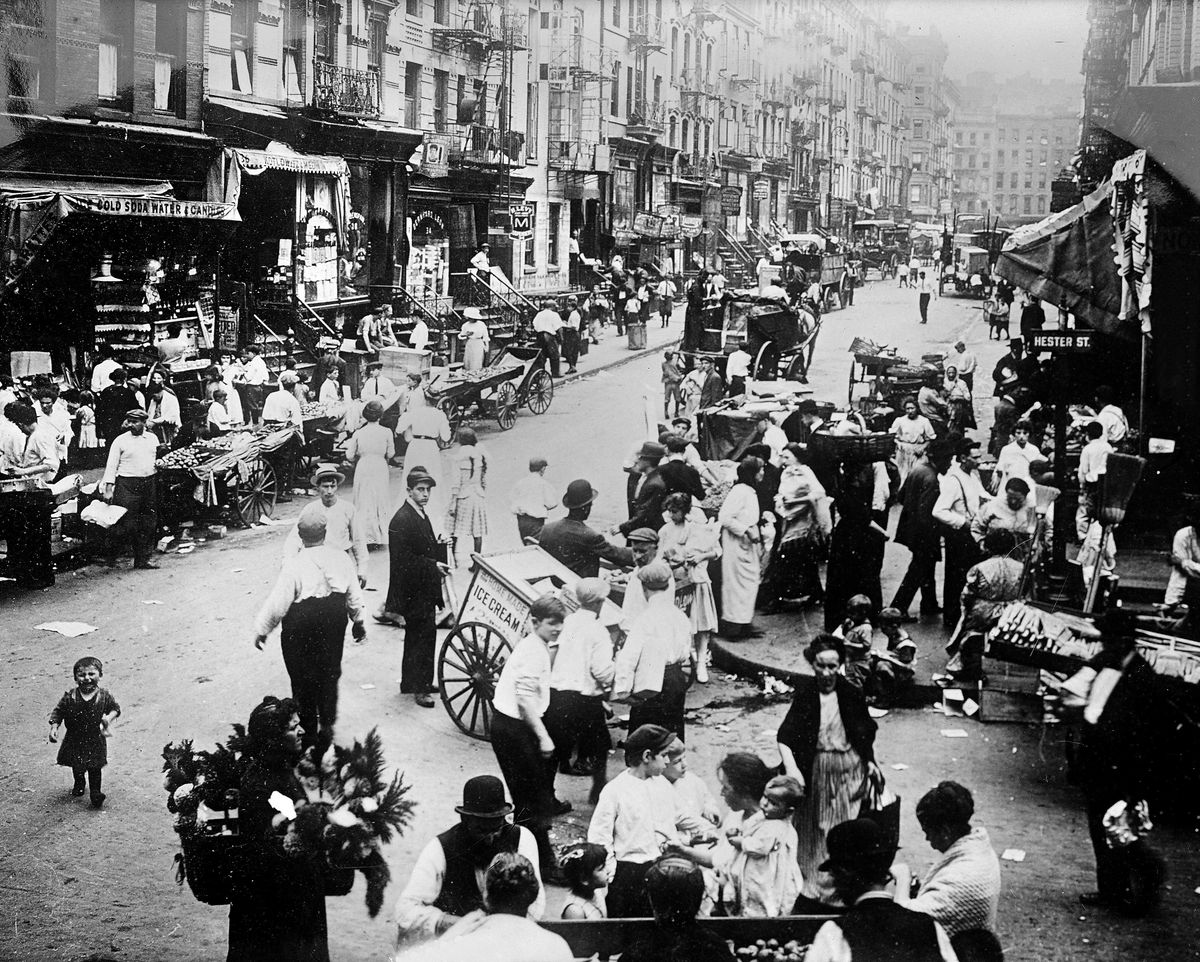 Manhattan's Hester Street, on the Lower East Side, in 1914. (Maurice Branger/Roger Viollet/Getty Images)

Streets used to be places where life thrived - where there was commerce, play, and human interaction in shared public space.

In 1925 Los Angeles enacted some of the country’s strictest controls on people walking, pushing them to the margins and prioritizing the swift movement of vehicles over everything else. This has had devastating effects on our individual health, community health, and climate, of course.

The auto lobby developed and disseminated the term “jaywalking” to claim control over a vast majority of our public space. If someone is “jaywalking” or “outside crosswalks” according to the LAPD, chances are good there should be a protected crosswalk there.

Rather than issuing reflective vests to people “jaywalking,” LAPD should alert its sister agencies and elected officials of the need for safe crossings, slower vehicle speeds, improved lighting, and increased driver awareness where people clearly need a safe place to cross.

LAPD is a lead partner agency in the City’s Vision Zero initiative to eliminate traffic fatalities by 2025. A key principle of Vision Zero is using data to understand and address the issue of preventable traffic deaths. 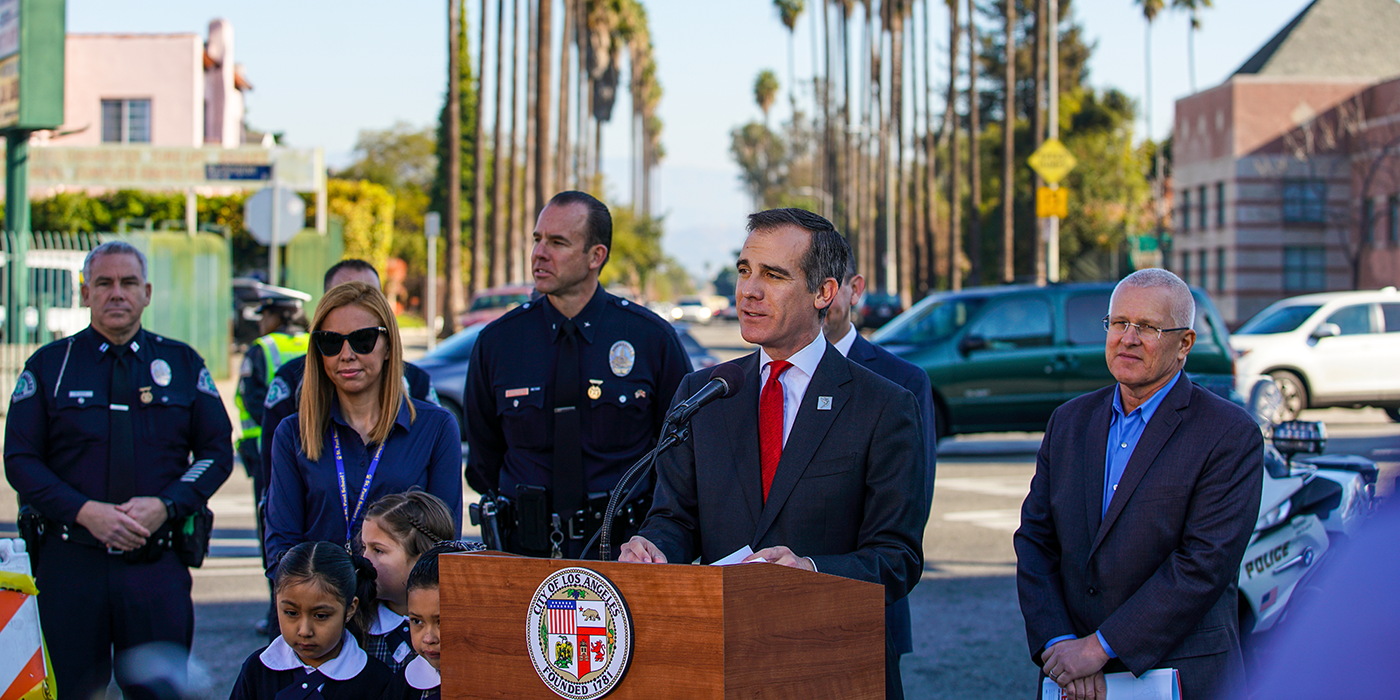 LAPD needs to focus its enforcement efforts on the behaviors that do the most harm: the moving violations that kill people. This includes red light running, improper turning, failure to yield to a person in a crosswalk (marked or unmarked), and not stopping at a stop sign.

Drivers have the power to do the most harm, and drivers have the greatest responsibility to protect the human life around them. The City, including LAPD, needs to remind people of this every opportunity it gets.

What is especially troubling is the Department’s emphasis on “defensive walking.”

In Los Angeles, people walking are 16 times more likely to die in a crash than someone in a vehicle. True, drivers in Los Angeles regularly operate two-ton vehicles encased in steel at speeds that kill. Those vehicles are often taller than an elementary school child who is walking to school.

If we are to rely on “defensive walking” as a solution, as LAPD suggests, how do we protect our most vulnerable populations who either have to walk or who want to walk, like children without the cognitive awareness to act defensively, older adults with limited visibility and slower reaction times, people with a wide range of physical disabilities, etc.?

What we need to do is develop a safe system -- streets where vehicle speeds are not deadly, where drivers cannot take dangerous left turns, where turning right on red is no longer a sacred right. This is what will protect everyone, not vests.

This is another core principle of Vision Zero -- taking a “safe system” approach rather than an individual behavior change approach to traffic safety.

This initiative makes clear that LAPD has a long way to go to fully embrace the core principles of Vision Zero.