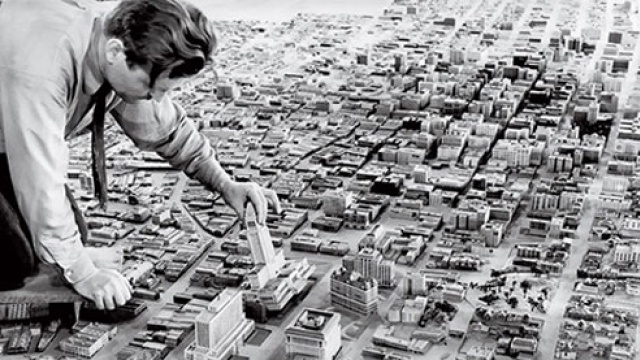 Zoning is a regulatory system that most local governments employ to control how land is used. As the name suggests, it divides places into different zones. Depending on what zone a piece of land is located in, there are rules that restrict what types of activities can be carried out on the lot, as well as the location, size, and shape of buildings allowed on the property. And the physical structure of these communities inﬂuences how people live and how they move about their neighborhoods.

The City of Los Angeles is facing one of the biggest changes to the way it looks and functions—it is fundamentally updating its zoning code for the ﬁrst time since 1946. The 1946 code helped shape a postwar city of single-family subdivisions with a growing reliance on cars. Revised zoning rules can hopefully strengthen the ways that a 21st century Los Angeles is transforming and help residents build a city where walking is a convenient and safe way to travel. Zoning is potentially our most powerful tool to create a more walkable Los Angeles.

A Brief History of Zoning in L.A: Los Angeles at the beginning of the 20th century was just beginning its explosive growth. Residential areas were rubbing up against both farms and burgeoning industrial areas. People complained about the smells and sights of slaughterhouses, saloons, laundries, brickyards, and a host of other perceived negative land uses. The L.A. City Council created special districts to exclude certain economic activities from parts of the city. In 1909, L.A. consolidated many of these protected districts into an ordinance dividing the city into industrial areas and exclusively residential districts. This ordinance is considered to be the nation’s ﬁrst general, citywide zoning law.

How Zoning in L.A. Works: In contemporary Los Angeles, zoning is integrated into the City’s broader urban planning framework. Los Angeles has had a General Plan since 1974 that is meant to provide the overall vision and policy guidance for the urban form and future development of the city. Neighborhood plans give additional guidance and contain zoning maps of every property. L.A.’s two 1909 zones and ﬁve 1921 zones have expanded to more than 45 zones today, including 29 different residential zoning designations.

The zoning code is the legal “key” to these maps and properties. It contains rules for what uses and activities may be conducted in each zone when a new building is constructed (and often when an existing building is converted to a new use). For example, in many multi-family residential zones, it is illegal to locate a coffee shop on the ground ﬂoor of an apartment building, even if the residents and people living nearby might enjoy being able to walk there to get a cup of coffee in the morning. Height zones and ﬂoor-area ratios control the size of buildings; while setbacks (the required distance a building is “set back” from the street) inﬂuence where on a lot a buildings may be located. The combination of size and setback requirements inﬂuence the architecture and density of different parts of Los Angeles.

Property owners can seek variances which allow them to become exempt from certain zoning standards. This is a time-consuming and expensive process, but many larger buildings could not legally be built without receiving multiple variances. The politics of zoning has been heated in recent decades. Opponents of new development often use the zoning approval process or environmental review process to seek, stop or alter proposed buildings.

Legalizing a Walkable City: Think of a place in Los Angeles that you like to walk. Many of the places in L.A. that attract pedestrians are older commercial areas. These districts tend to share a few common features. They have buildings that come right up to the sidewalk rather than being surrounded by parking. They are located close to residences or even have apartments above shops. And, unfortunately, because of zoning rules, they are very difﬁcult to legally build today.

Zoning contributes to making Los Angeles a challenging place to walk. The main way that it harms walking is by separating different land uses, increasing distances and making it more difﬁcult to walk to the amenities we need on a daily basis. In his book Walkable City, Jeff Speck describes a “General Theory of Walkability” that holds that people will walk more if it is useful, safe, comfortable, and interesting—four things that can be improved by better zoning.

Increasing mixed-use zoning. Currently less than ﬁve percent of the city is zoned to allow residential and commercial activities to coexist on one property. Allowing more types of uses in many of the city’s zoning categories, or consolidating separate zones into a smaller number of mixed use zones, would help boost walking. Many studies indicate that the presence of a variety of amenities close to where people live is one of the strongest predictors of rates of walking.

Eliminating or reducing mandatory parking requirements. Mandatory minimum parking requirements encourage driving, make rents less affordable, make our surroundings uglier and more dangerous, and increase the temperature of Los Angeles in an era of climate change. These requirements should be eliminated in as many parts of the City as possible, following the lead of the new Cornﬁelds Arroyo Seco Speciﬁc Plan.

Shaping pedestrian-friendly buildings and streets. Zoning rules can require that buildings interface with sidewalks and streets in a manner that improves the quality of the walking experience. Zoning can bring shops up to lot line next to the sidewalk, encourage retail and windows at ground level, and move curb cuts or parking spaces next to alleys rather than main streets.