With Westwood Blvd. in the news, we're revisiting an essay that appeared in our 2015 edition of Footnotes: A Report On the State of Walking in LA. As we prepare our 2016 edition of Footnotes, we'll post additional essays and reports from previous issues.

Did you know? LA Walks sustainers receive printed copies of Footnotes. Become a sustainer today! Special thanks to Melendréz for funding the printing of our 2015 report. 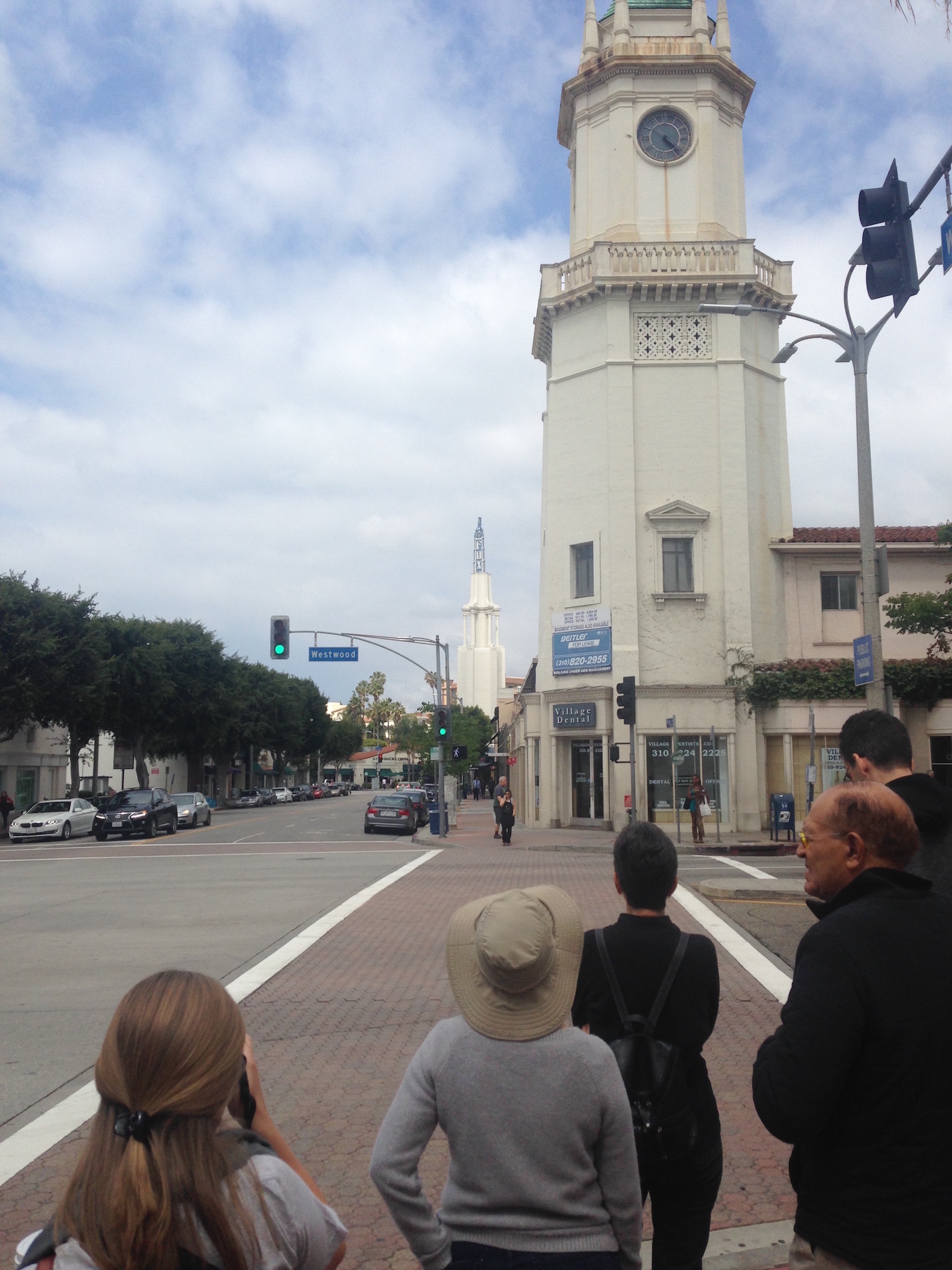 Stand at the south side of Wilshire Boulevard at Westwood Boulevard and look north. You could be forgiven for thinking that you are some kind of urban Daniel Boone, about to ford a river of cars. But cross those ten lanes and you will disembark in a very special part of Los Angeles.

I became acquainted with Westwood Village when I went off to college at UCLA. I didn't know it at the time, but that place planted a seed in my mind. Today I can describe what makes it great: charming historic buildings, shops that come up to greet the sidewalk, streets that (mostly) aren't so wide and loud as to preclude conversation. Back then, I could only look at it and be amazed. Growing up in the suburbs, I hadn't seen anything like it.

Living in a dorm with no parking, walking wasn't a choice; it was essential to everyday life. My feet could take me to so much more than I ever thought possible. In class I heard about what greenhouse gas emissions were doing to the climate, the public health crisis caused by sedentary lifestyles, the financial violence being inflicted on real people by high housing costs. What was I going to do about it, and how could I call myself an educated person if "to know and not to act is not to know"?

Edwin and Harold Janss, the Westwood developers of the 1920s, figured out something that twenty-first-century Americans have forgotten. They pointed to the solution to problems they didn't even know existed, and their elegant creation is still sitting there, hiding in plain sight, waiting for us to find it. Or to put that in wonkier terms, they laid the foundation for a dense, mixed-use, low-carbon neighborhood that makes it easy and pleasant to walk.