The Return of LA Speed Humps!

It's official, LA City's Department of Transportation speed hump request program is coming back! Speed humps are the most requested safe street infrastructure we hear and for good reason. They can reduce the likelihood of neighborhood children getting hit by a car by 60%!

The Heart of LA's Movement for Just Mobility

At Los Angeles Walks, we are building a grassroots movement for a more walkable, connected and just LA by rooting ourselves in the very communities our City's transportation system has failed. They are the heart of LA's movement to fight traffic violence, reduce congestion and improve mobility for ALL.

Today, we highlight the work of four of our partners: 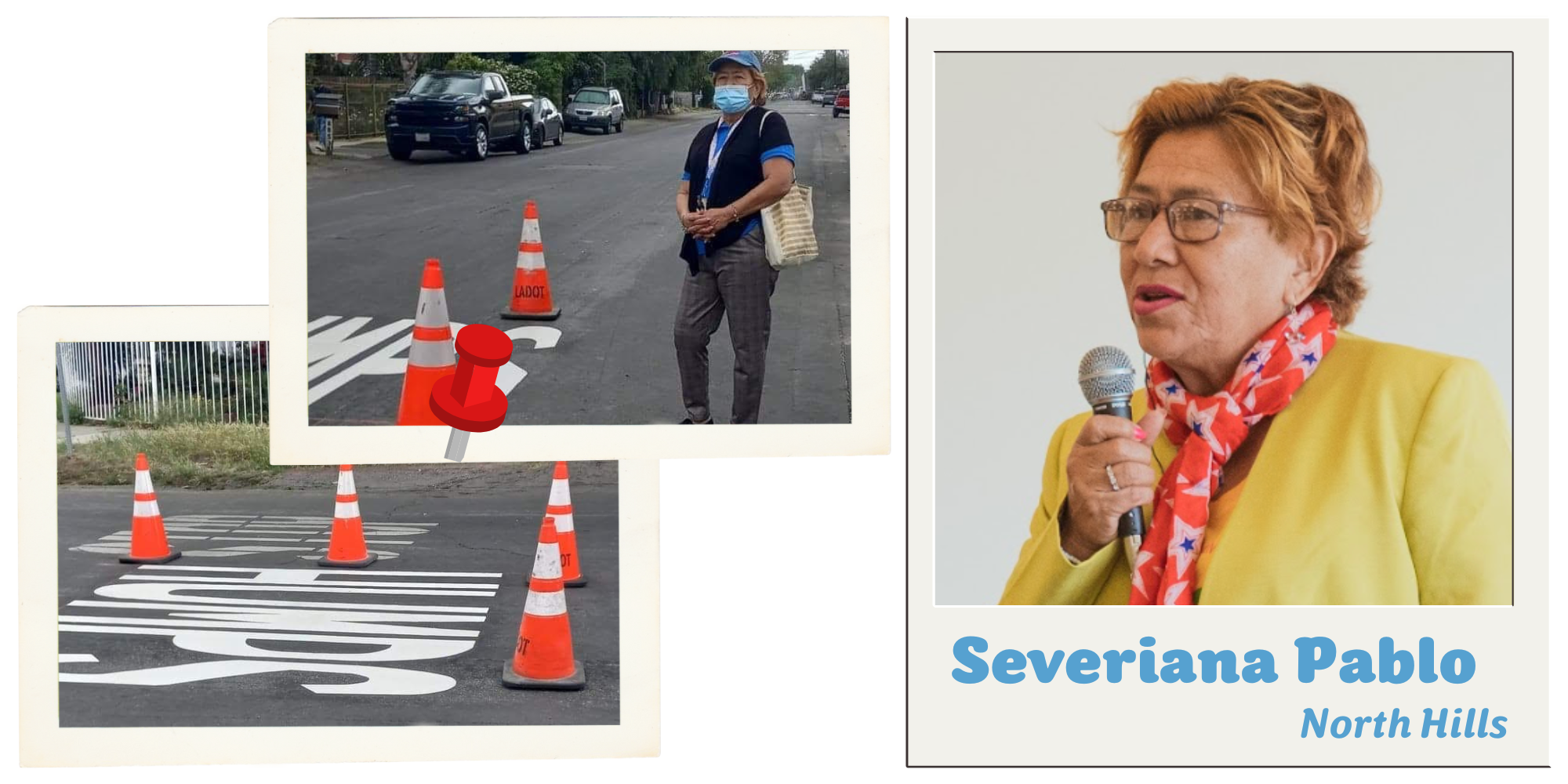 She's a maven of LA bureaucracy. This April, Safe Street Promotora Severiana won more pedestrian infrastructure for her San Fernando Valley neighborhood of North Hills, an area notorious for its wide, high speed streets. Years of organizing and navigating City bureaucracies is what makes her such an effective promotora on City contracts and an invaluable resource to her neighbors. 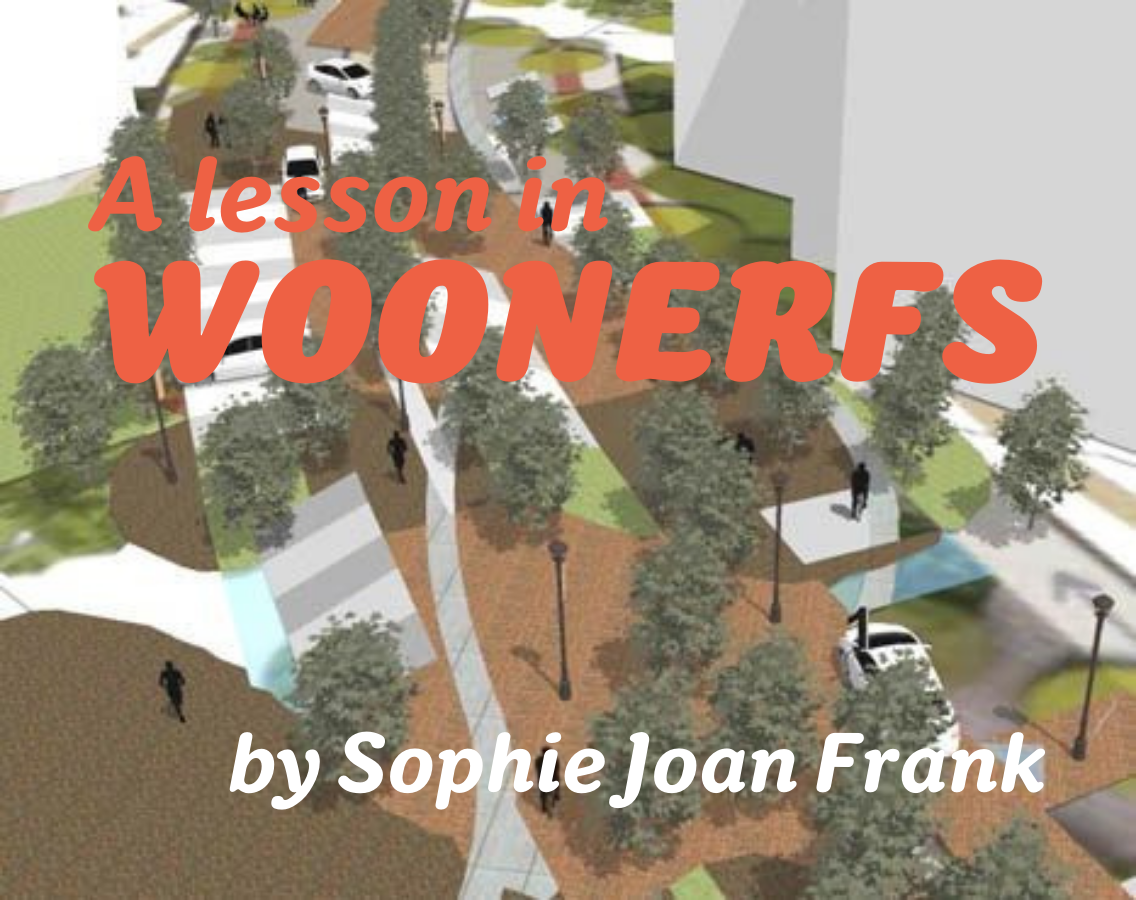 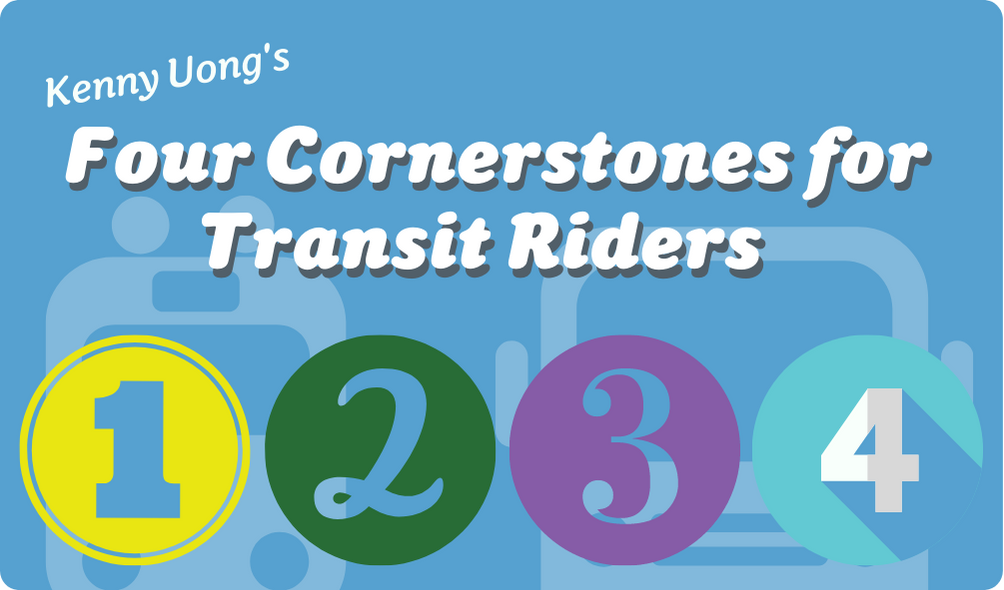 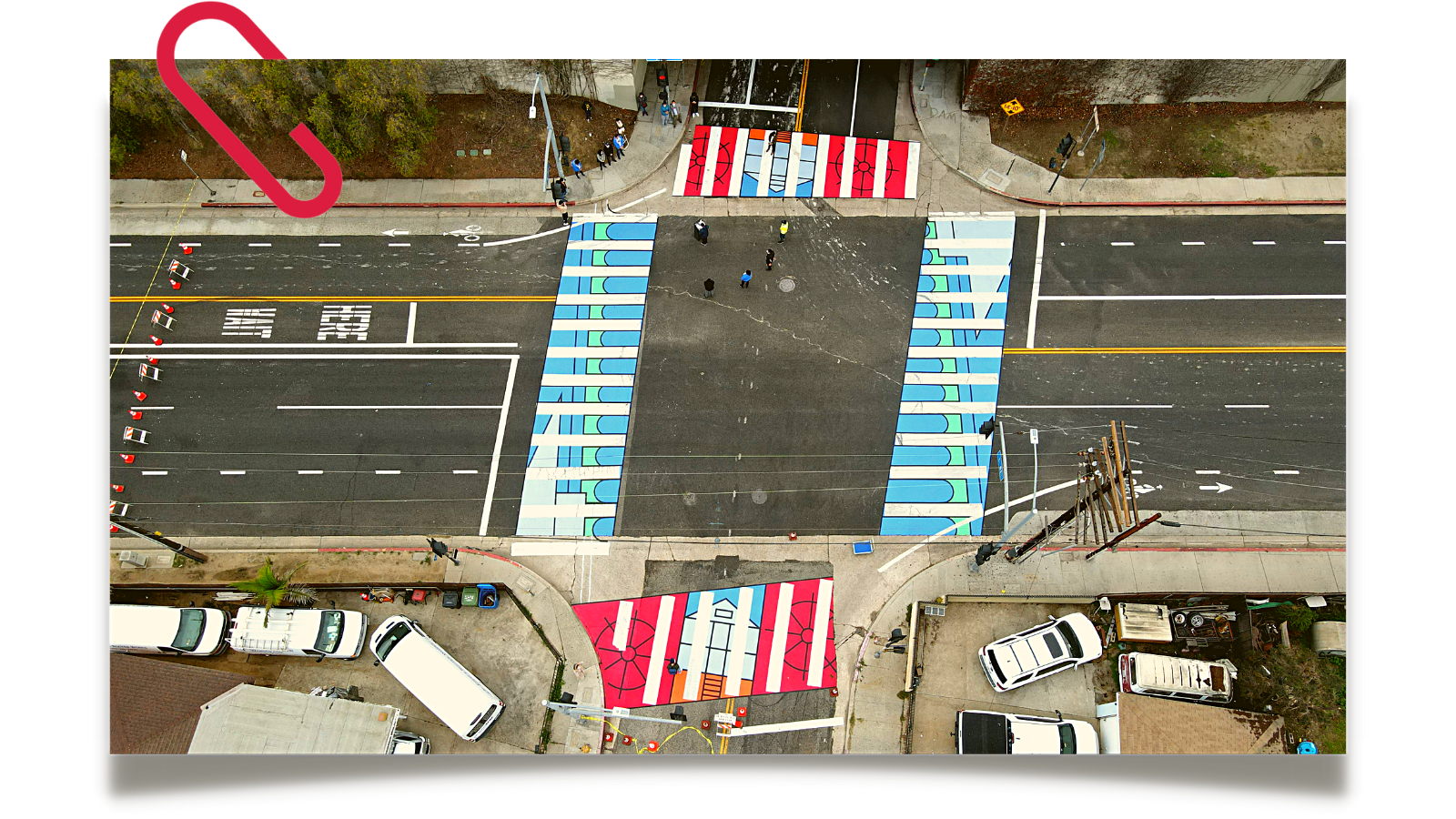 It took three years but after steadfast organizing, Wilmington parents and safe street promotoras finally got a decorative crosswalk on January 15, 2022. The new infrastructure, designed by the community to reflect Wilmington landmarks, can be found at L St. & Figueroa St.

This is further proof that through a grassroots Safe Street Promotora organizing model, City power will respond to community pedestrian safety needs and infrastructure demands.

This past Fall Los Angeles Walks partnered with LA City's Safe Routes to School to pilot a global trend in student safety: School Streets. A School Streets activation is when you open up a school's drop off/pick up street to children walking, biking, or scooting to school. By transforming a street usually filled with u-turning cars, honking horns, and gas exhaust to a space of play, fun, parents gain a powerful tool to create safer passageways for students and reclaim their streets.

Did you catch the news about our sidewalks?

Recently, the LA City Controller released an audit of our City's sidewalk repair program and it wasn't too flattering. Some of the major points include: 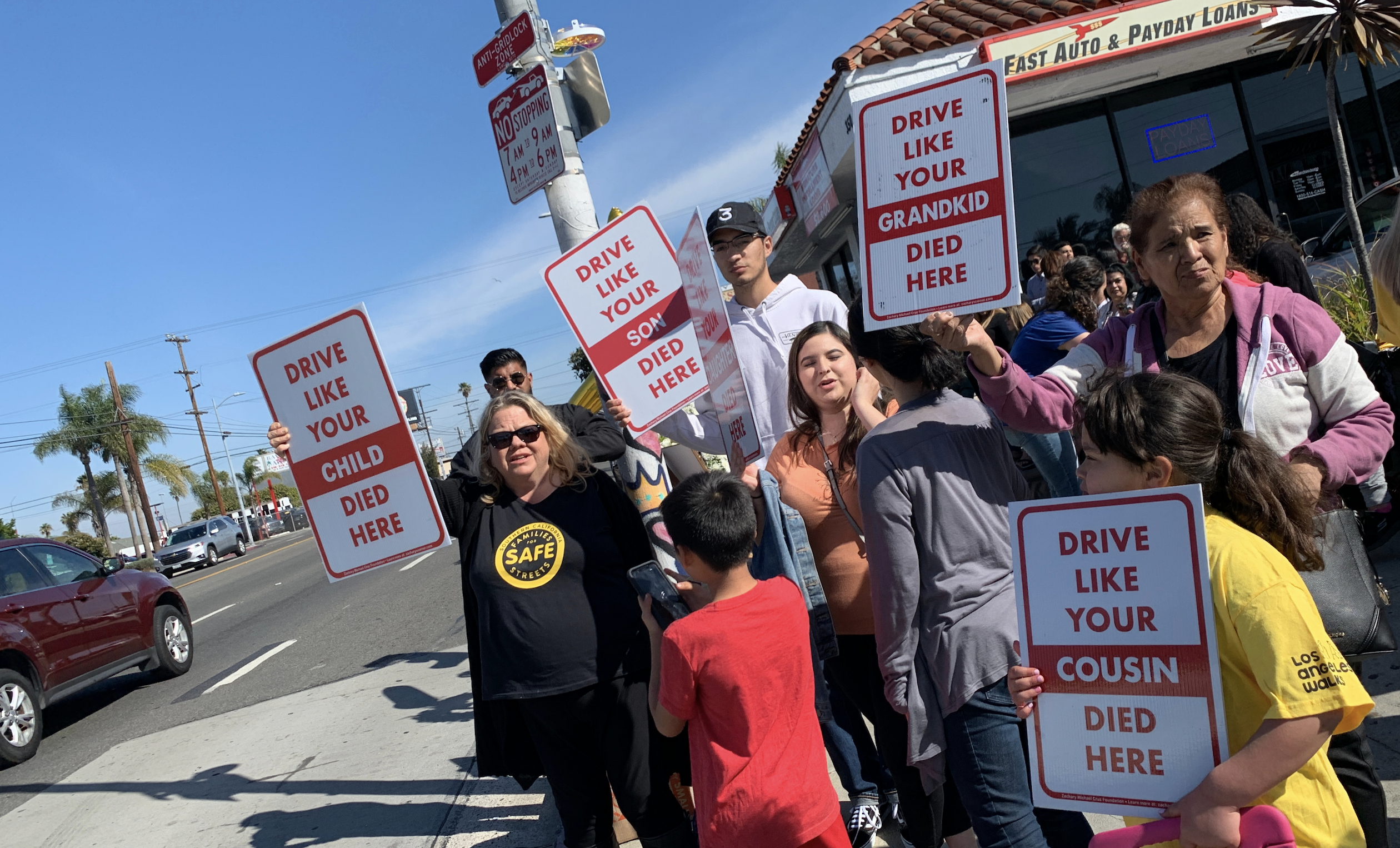 When it comes to your street and community design, who knows better than you and your neighbors? That is the central belief when it comes to our Safe Street Promotore Educators: that community members - armed with organizing tools and technical expertise - are best equipped to direct cities and governments on their infrastructure needs.

So say hello to our first graduating class of Safe Street Promotore Educators! 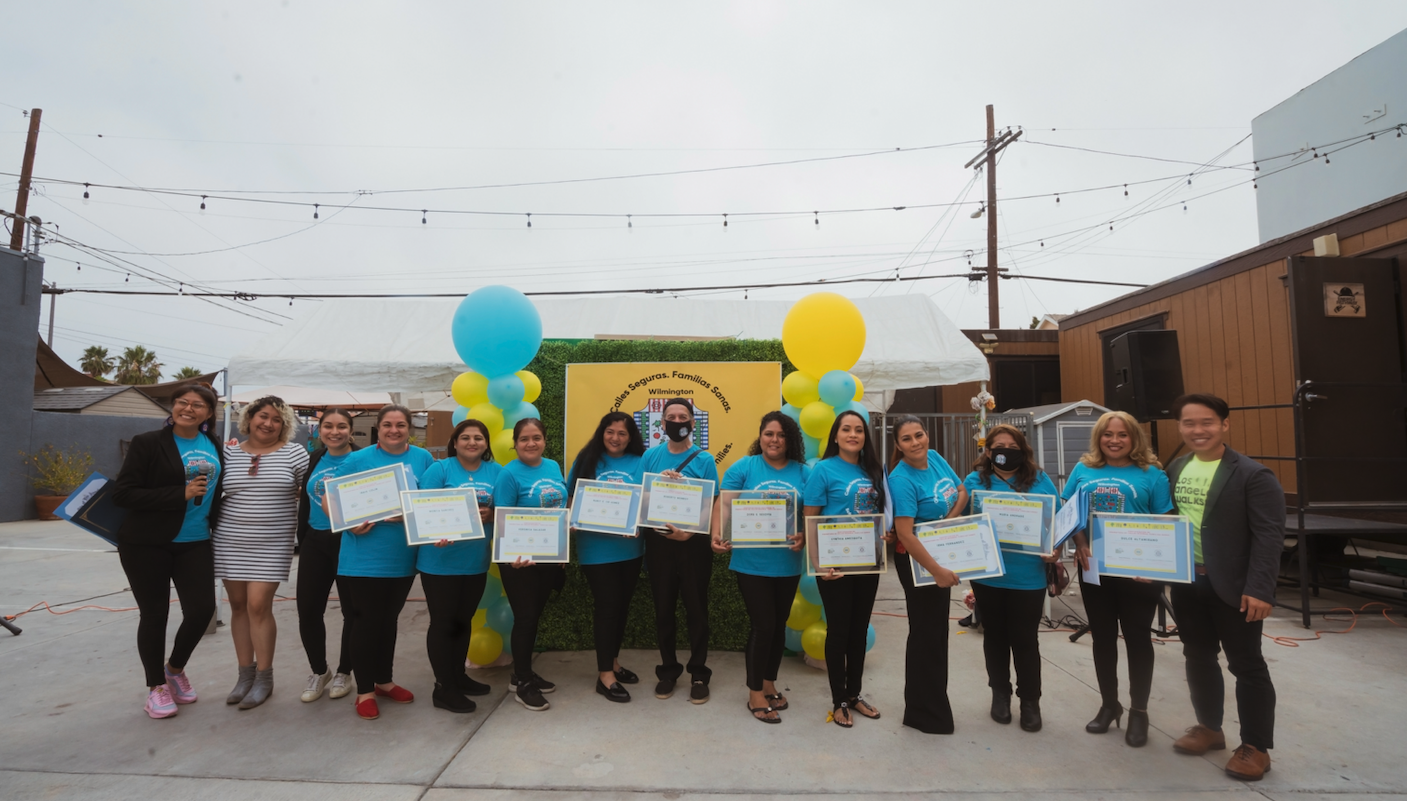