Call for a super hero? It's Peatónito!

Nowadays it feels like we can all use a hero or shero. So we're happy to introduce Peatónito! He comes to us from Mexico City, where he began his masked work saving lives and slowing traffic. And Peatónito has traveled beyond, from NYC to Los Angeles, fighting against the crime of poorly designed streets & sidewalks and reckless driving through creative public demonstrations and street theater. 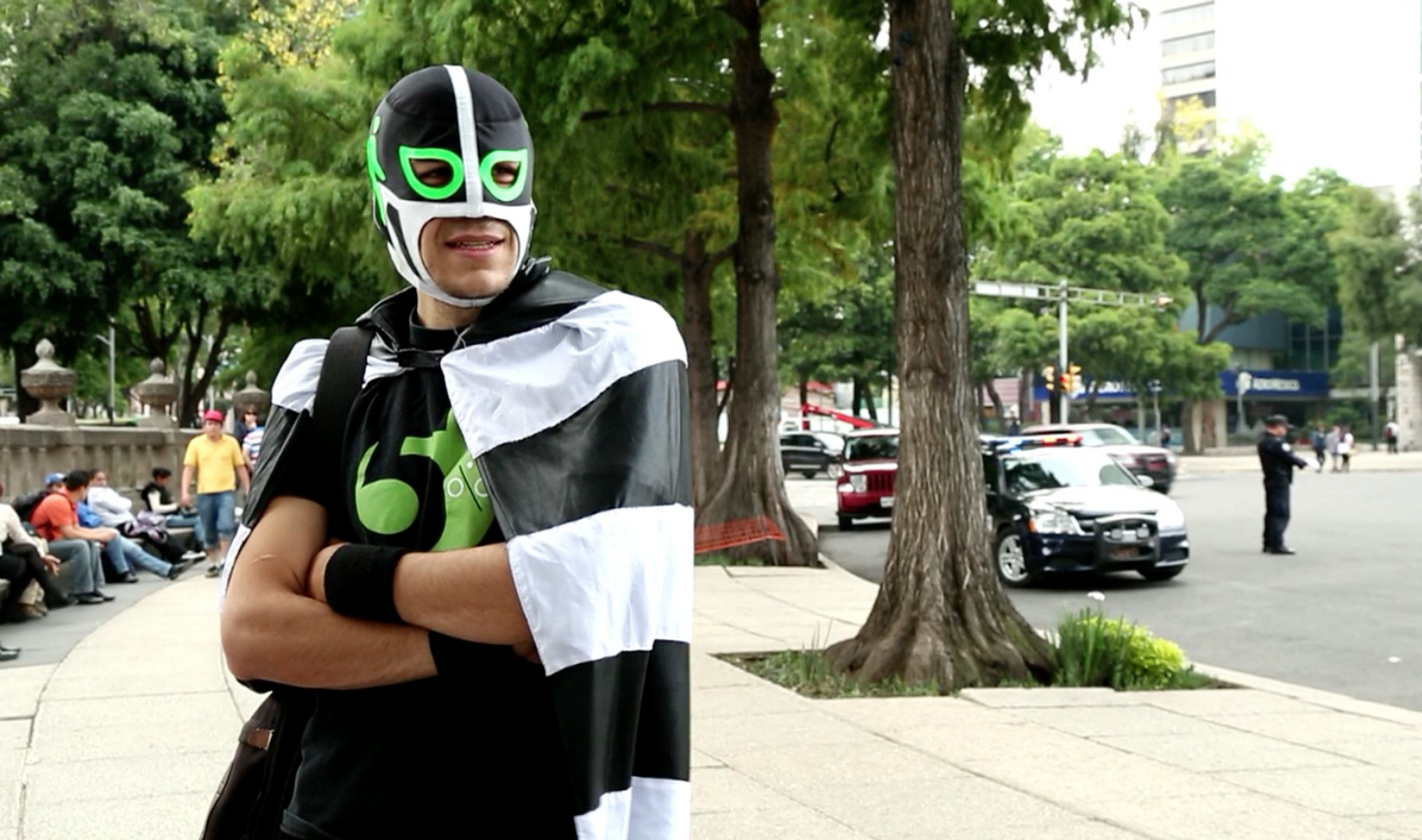 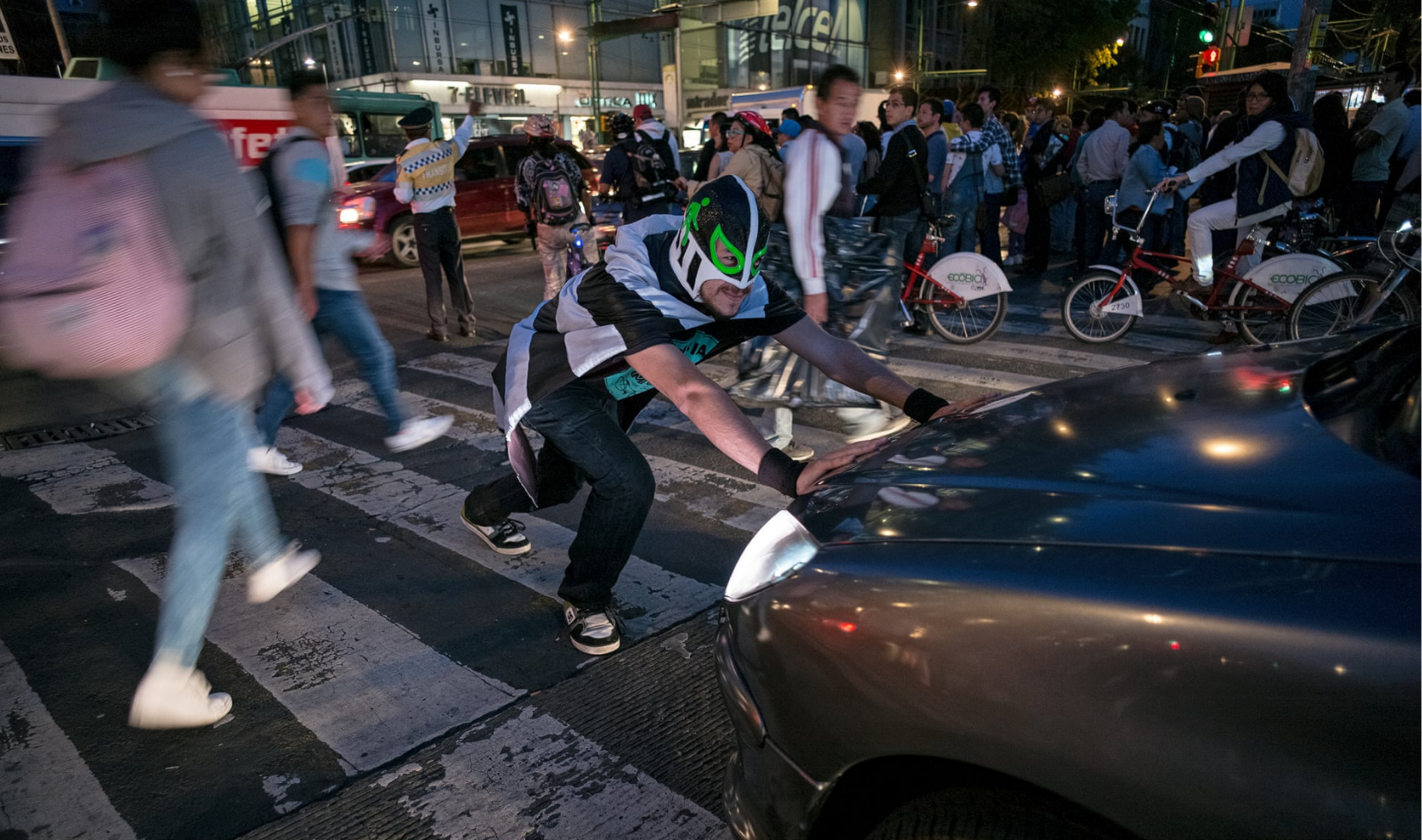 The pedestrian is nobody in this city, he has been forgotten by authorities and our own citizenry. The curious and paradoxical thing is that we are all pedestrians at some moment. As such, we have forgotten ourselves.
- Peatónito 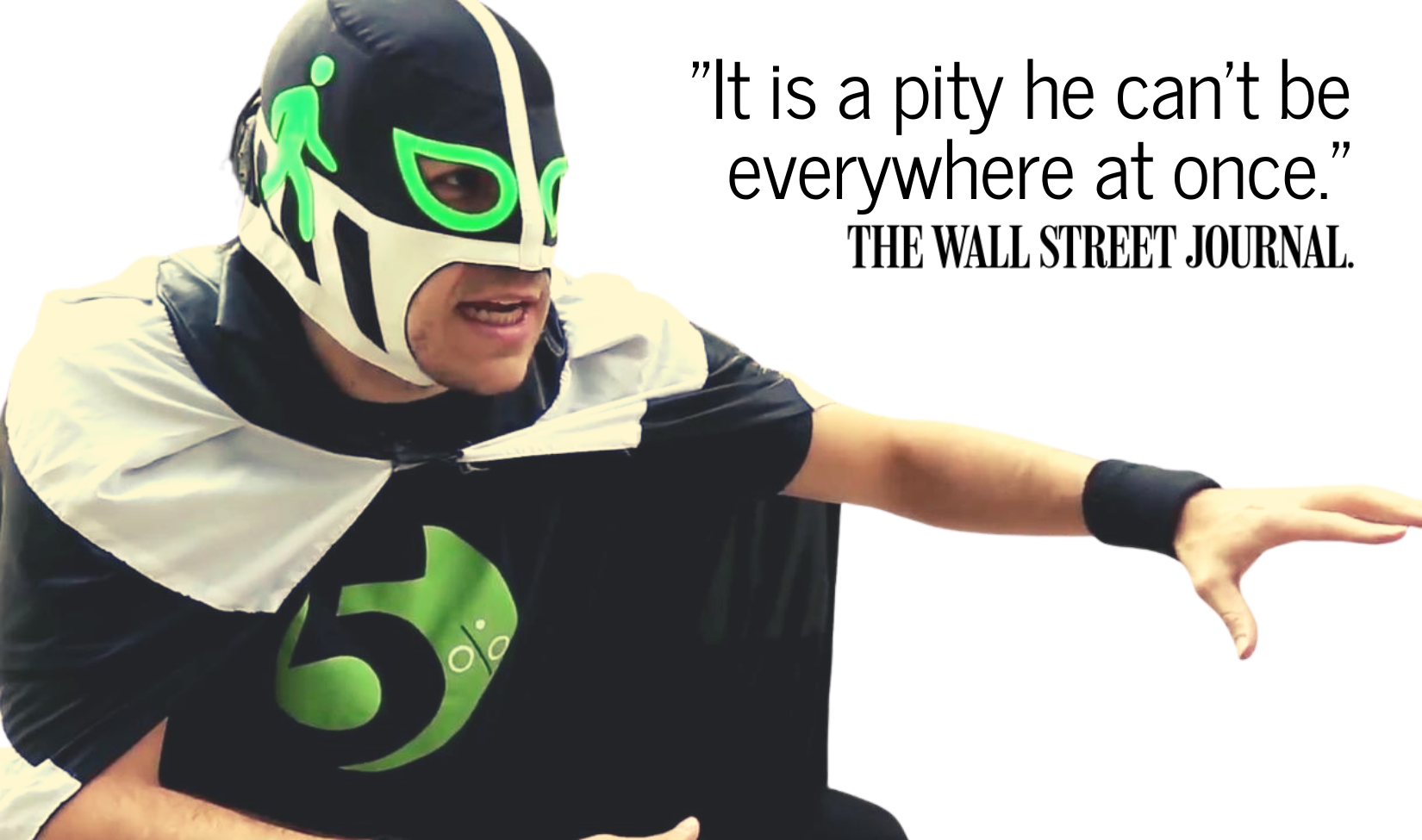 This summer, Los Angeles Walks partnered with the crime fighter as we trained future generations of peatónitos and organized for safe street changes. He finished his training at UCLA's Institute of Transportaiton Studies, where he penned a pedestrian manifesto (or his graduate capstone paper) titled The Pedestrian Battle of Los Angeles: How to Empower Communities to Plan and Implement Pedestrian Road Safety Infrastructure.

You can find the full capstone here.

You can also find the summary here. 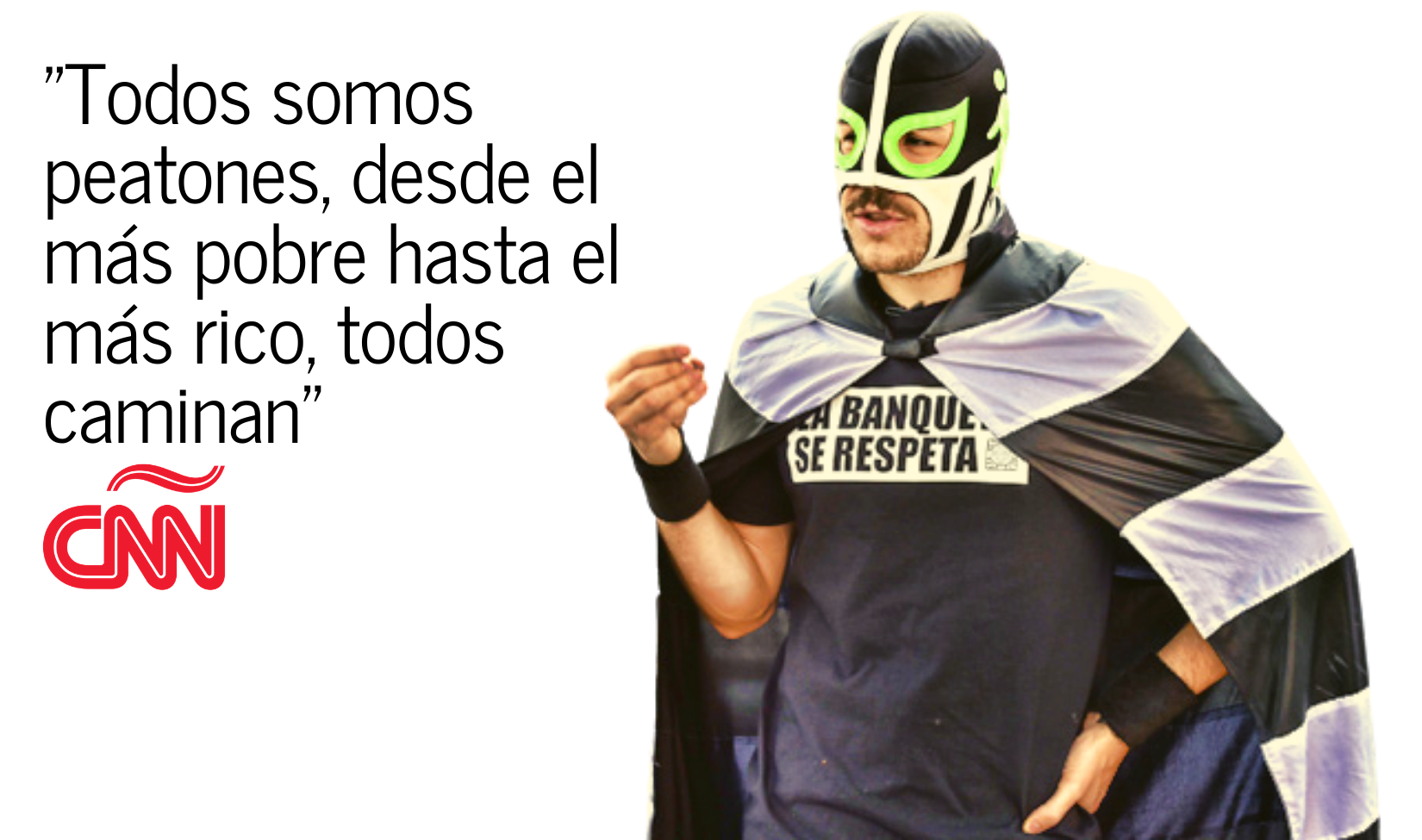 Here's a highlight of the what Peatónito is telling LA: 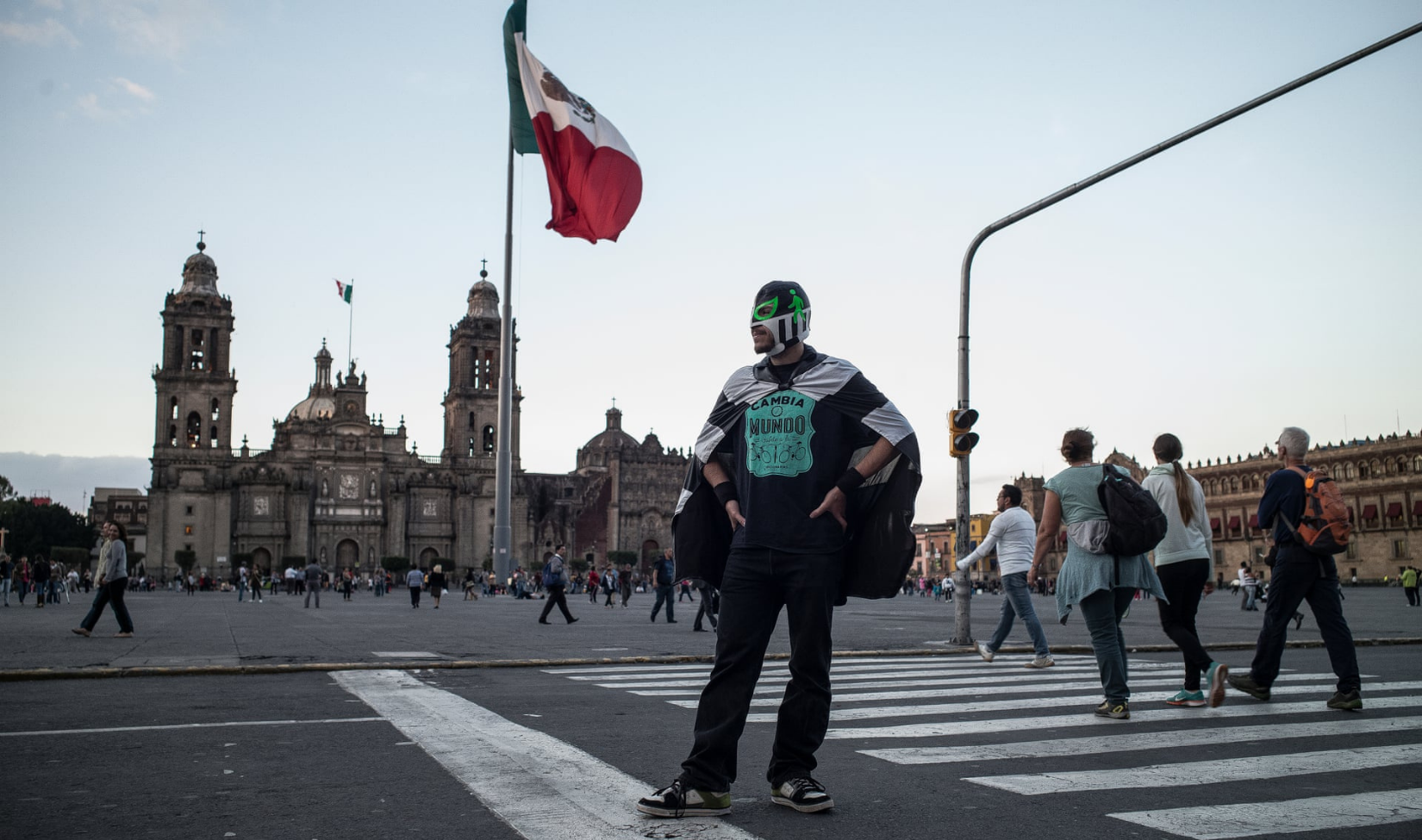 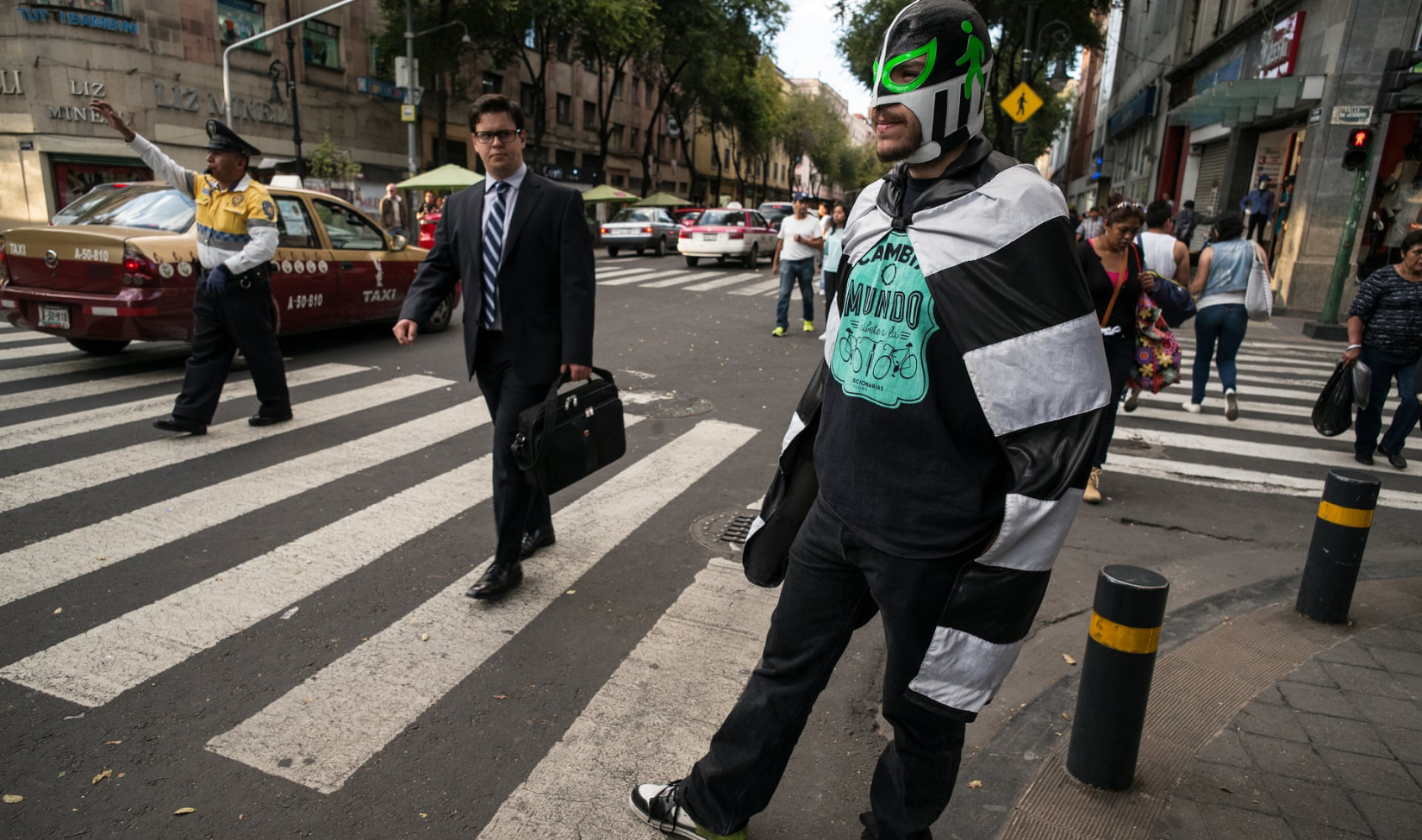 Want to learn more about Peatónito? Visit the capped crosswalk hero on Twitter and check these out: