Cities embrace the future — and determine their destiny — by constantly reinventing themselves.

In Los Angeles, we are in the midst of a historic transition away from our reputation as the car capital of the world. Today, a growing mass transit network is redefining how people think about commuting to work, getting to afternoons at the beach, and enjoying nights out with friends. 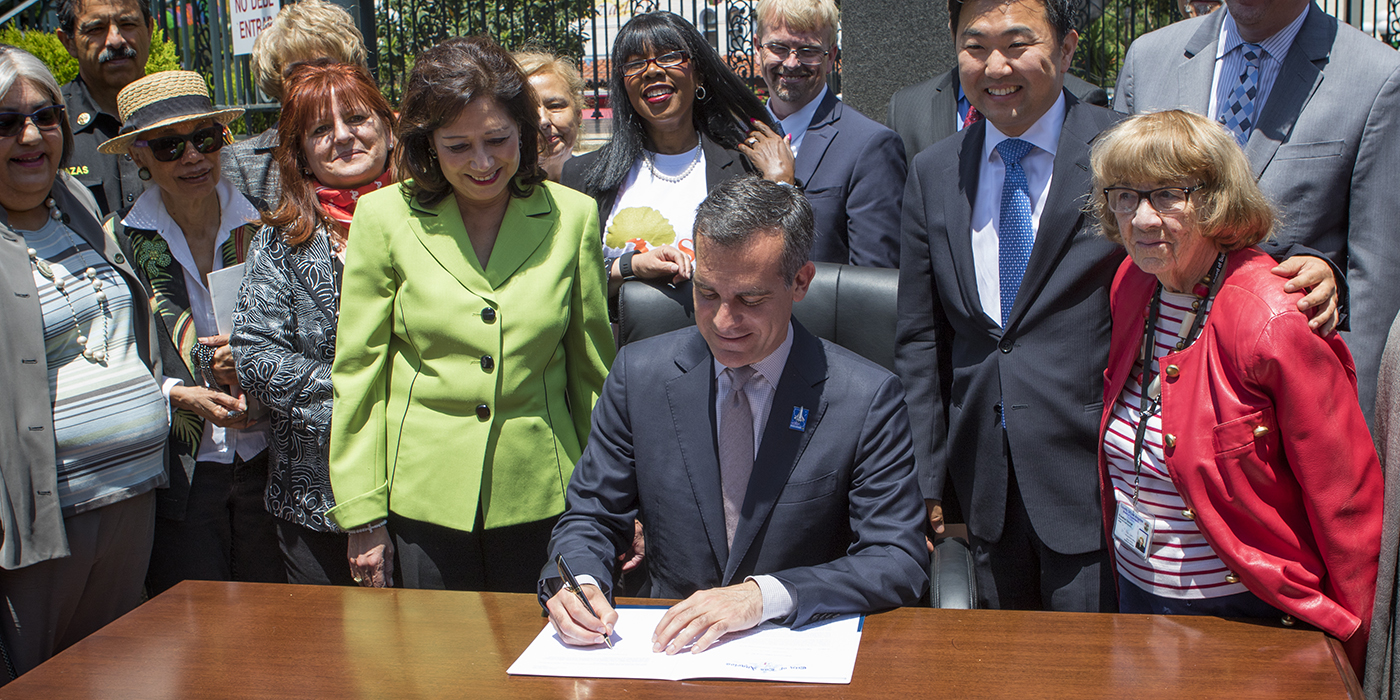 And when they’re not exploring our city on new rail and bus lines, more Angelenos than ever are embracing L.A.’s walkability. But what does this movement toward a more pedestrian-friendly city mean for people who are growing older?

The years may bring invaluable wisdom and experience — but for many, aging also means new challenges in mobility and sensory awareness. Those challenges require adjustments to how people get around, and their needs in terms of infrastructure.

We must help our residents rediscover their communities on foot, but that comes with an equally important obligation to make that experience more safe, accessible, and comfortable. That is especially important when we talk about L.A.’s’ older adult population, which is expected to grow dramatically in the coming years. Currently, there are about a half-million residents age 60 and older in the City of Los Angeles; that number is expected to increase by 50% over the next two decades.

In light of this demographic shift, Mayor Garcetti in May signed an Executive Directive on Purposeful Aging. It commits all City of Los Angeles departments to specifically considering the needs of older adults in all new policy, infrastructure and programming.

Basic safety is a primary concern in a city where, over a seven-year average, almost a quarter of pedestrian casualties involved people 65 years of age and older. That’s why Mayor Garcetti directed the Department of Transportation to compile a report singling out those intersections that are most dangerous for older adults. That information will enable us to understand what we can do to minimize risk for older Angelenos.

Mayor Garcetti’s Purposeful Aging Executive Directive also requires the Bureau of Street Services, along with the Department of Aging, to determine which corridors would most benefit from the addition of street furniture and shade structures. These improvements would be targeted in neighborhoods with larger populations of older adults — improving the lives of all pedestrians while providing particular benefits for older adults who need shelter from the elements and convenient places to rest.

These may seem like small steps, but they make a huge difference in people’s lives. L.A. must be a place where people of all ages can thrive, and Mayor Garcetti is determined to see to it that City Hall leads the way.

Ana Guerrero is Chief of Staff to Mayor Eric Garcetti. This article originally appeared in the 2016 Edition of Footnotes our yearly report on the state of walking in LA. This year's theme was "Walks for All Ages."