On city streets, change can be quick in life and death. But making changes to city streets in sprawling, complex, car-centric Los Angeles can be painfully slow. It shouldn’t take the loss of life to incite a change, but in Los Angeles and many other places in this country, this is often the case.

So it was on Sunset Boulevard in Silver Lake, where I live. 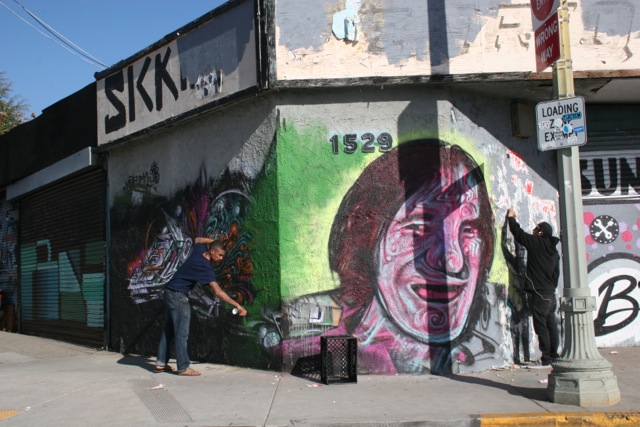 After both deaths at Maltman Avenue, the Silver Lake community demanded changes to the roadway. It was unclear, though, how to go about creating the change we demanded, so community leaders applied various strategies.

During Silver Lake’s 2014 Neighborhood Council (NC) elections, a street safety group rode the wave of progressive changes, starting with the Silver Lake Neighborhood Council (SLNC) Transportation Committee. Co-chaired by Matthew Mooney and France Tran, the arduous task of making changes to Sunset Blvd. began - efforts that would result in the addition of continental crosswalks across the more dangerous intersections on Sunset and the addition of a new traffic signal nearly three years later. Safer streets for people who walk or ride bicycles became the committee’s priority. 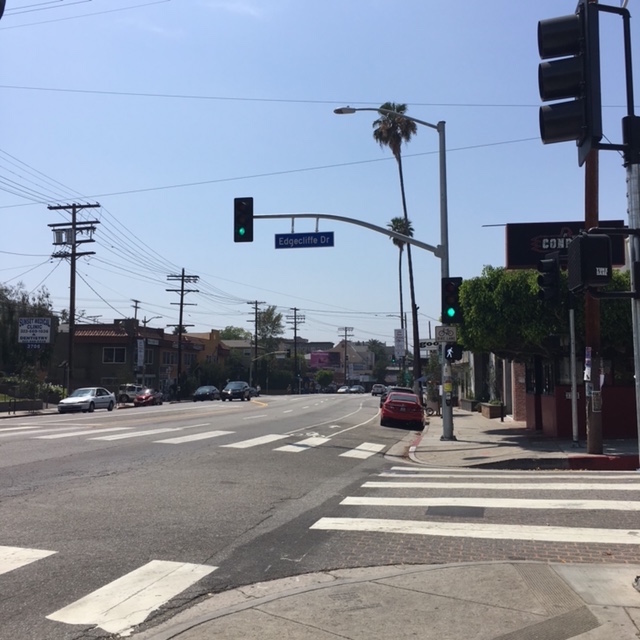 I asked Matthew Mooney how the SLNC Transportation Committee was able to create a safer Sunset Blvd. for pedestrians and bicyclists and how people from other communities could duplicate their success.

“We contacted LADOT first about getting continental crosswalks at the intersection on Maltman, Micheltorena, and Golden Gate Avenue, plus a light on Edgecliffe Drive to slow down car traffic approaching the intersection at Maltman and Sunset. We were referred to the department’s pedestrian coordinator,” says Mooney.

“At the same time we created a motion for the SLNC Transportation Committee to vote on these safety improvements. After the vote to approve the safety changes, we took the motion to the larger SLNC,” whose co-chairs rejected the crosswalks and signal, “because they thought it would slow car travel down Sunset—which was the point.

“We also contacted our City Councilmember, Mitch O’Farrell, who was receptive to crosswalks and a new signal. Once the SLNC rejected our motion, we still had LADOT doing pedestrian studies for a signal at Edgecliffe and Sunset. Even if the SLNC rejected our idea, we had two other entities still working on it [LADOT and Councilmember O’Farrell’s office]”, says Mooney. 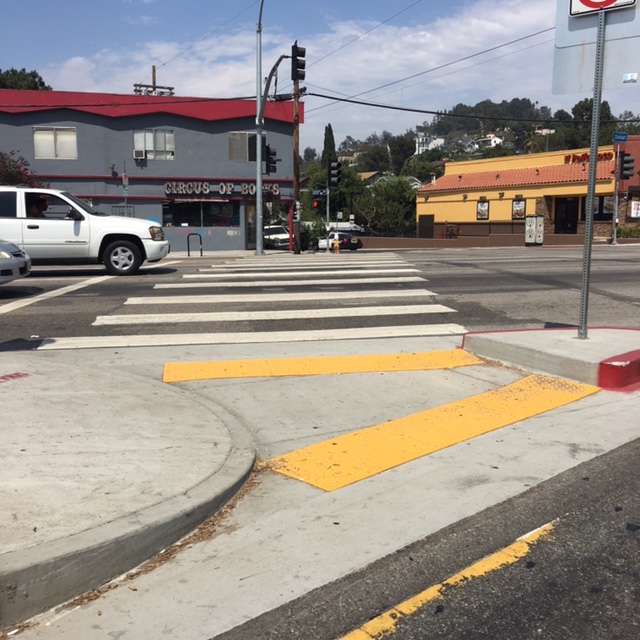 “For people not involved on a Neighborhood Council Transportation Committee, you can go to your larger Neighborhood Council meeting and speak in front of them (during public comments). Don’t get discouraged by a less-than-receptive audience,” Mooney says. “You can also put in a request at LADOT through MyLADOT online. Then contact your councilmember. They may already be on board with your suggestion,” says Mooney. He suggests that people do all three at the same time. “If the Neighborhood Council rejects your proposal, then you still have your councilmember and LADOT working on it too.” And in cases where the council office does not initially support the plan, Neighborhood Councils and other community groups can be a useful tool to drum up community support in spite of the council office.

Changes can be made, but they don’t make themselves. Be involved in your community and be involved in the city. It’s slow, and it’s tedious, and sometimes it’s an uphill battle against those resistant to change. The effort is worth a life or, in this case, two.

Vanessa Gray is the managing director of C.I.C.L.E. (Cyclists Inciting Change thru Live Exchange). C.I.C.L.E. uses education and encouragement to get more people riding their bikes for everyday tasks and errands and includes teaching adults with no experience on how to ride a bike. You can reach C.I.C.L.E. on Facebook at Cicle LA, the web at CICLE.org and on twitter @cicleorg.