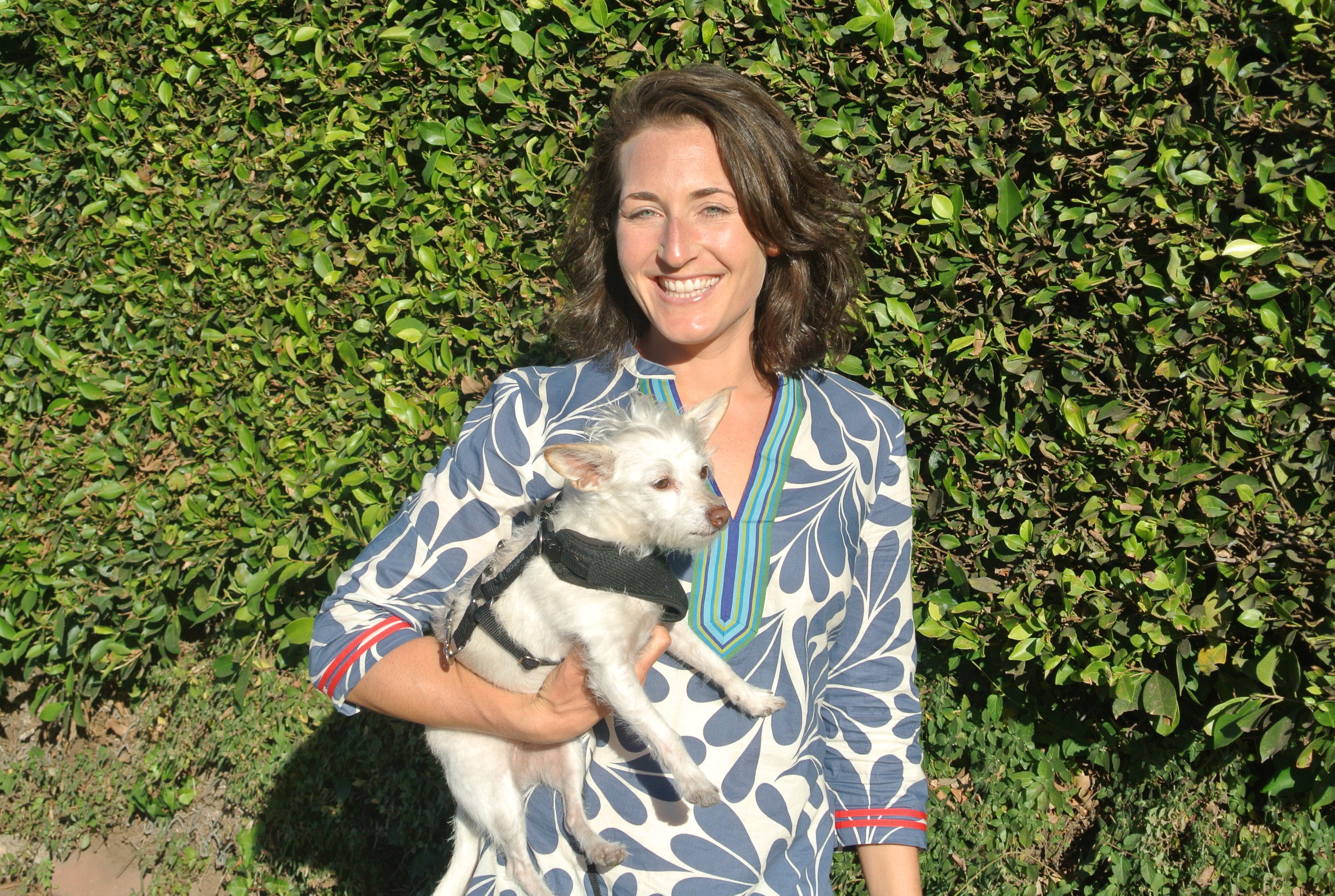 What do you think LA does better than NY when it comes to safe streets?

This might be unexpected, but I have to say that LA drivers seem to be more respectful of pedestrians than drivers in New York. In NYC, turning drivers often roll towards pedestrians, pressuring walkers to hurry up and get out of the way. In my limited experience here, I’ve noticed that drivers tend to stop and remain stopped until I’ve made my way across the street. (A few notes: I know this is not every walker’s experience. I know that I’ve only walked in a tiny fraction of LA. I also know that positive reinforcement has a strong influence on sustained behavior change, and try to point out when drivers get something right.)

Most people in this line of work have some pretty powerful childhood memories when it comes to walking. Do you have any formative moments?

Absolutely. Through my entire childhood I walked to and from school with my two sisters – probably about a mile and a half each way (and sometimes carrying my trombone case). Most of the time we got home before my mom, a teacher in a nearby town, and usually we’d arrive home only to realize we’d forgotten our key and were locked out. I have strong memories of spending whole afternoons walking around town to see if anyone within our network of neighbors and family friends had a back-up house key we could use.

Is there a hero that you have when it comes to walking?

To be honest, my active transportation heroes up to this point have all been bicyclists (like Annie Londonderry, who ditched her family in Massachusetts to ride around the world in 1894). But, I realize now that my nana, Constance Zingara, is my walking hero. A widow from the age of 50, she lived car-free in Jersey City, New Jersey, walking or taking the bus everywhere she went until her death at age 88. She could haul grocery bags, climb stairs, and navigate Port Authority Bus Terminal like no one else. I also have a world of admiration for Deb Hubsmith, founder of the Safe Routes to School National Partnership, whose work with everyone from families to federal officials has impacted kids across the country.

What do you see as the greatest challenge before you at Los Angeles Walks?

I think the greatest challenge will be to convince people that we have the power to change something that’s broken – an urban environment that does not serve pedestrians very well. That environment is enormous; the institutions, policies, and funding sources needed to fix it are tremendously complex; and it’s been broken for a long time. But, I learned in New York City that change really is possible. (And if you don’t believe me, watch this.)

What are you most excited to see or do here in LA?

My twin sister and I signed up to run the LA Marathon, which I’m excited about (and also dreading). When you’re not in it to win it, which we’re not, marathons are a really special way to experience a city, like CicLAvia. Training for the marathon will also give me an excuse to venture across the city with no agenda except to cover a lot of ground. I like that.

Any way that our audience can help you or give you advice?

Yes! Consider becoming a Walking Ambassador and lead a walk in your neighborhood. Or, just get together with your neighbors and friends to talk about walking conditions in your area. You don’t have to come up with solutions (we can help with that), but just get the conversation started. Some of the most effective and long-lasting groups I’ve been a part of started over coffee in living rooms and cafes.

What’s one thing that maybe some people don’t know that we should know about you?

For a few years in New York I was in an adult marching band that played at community events, small fundraisers, and protests. I told myself that I’d get back into it after grad school, so maybe making it public here will pressure me to follow through.