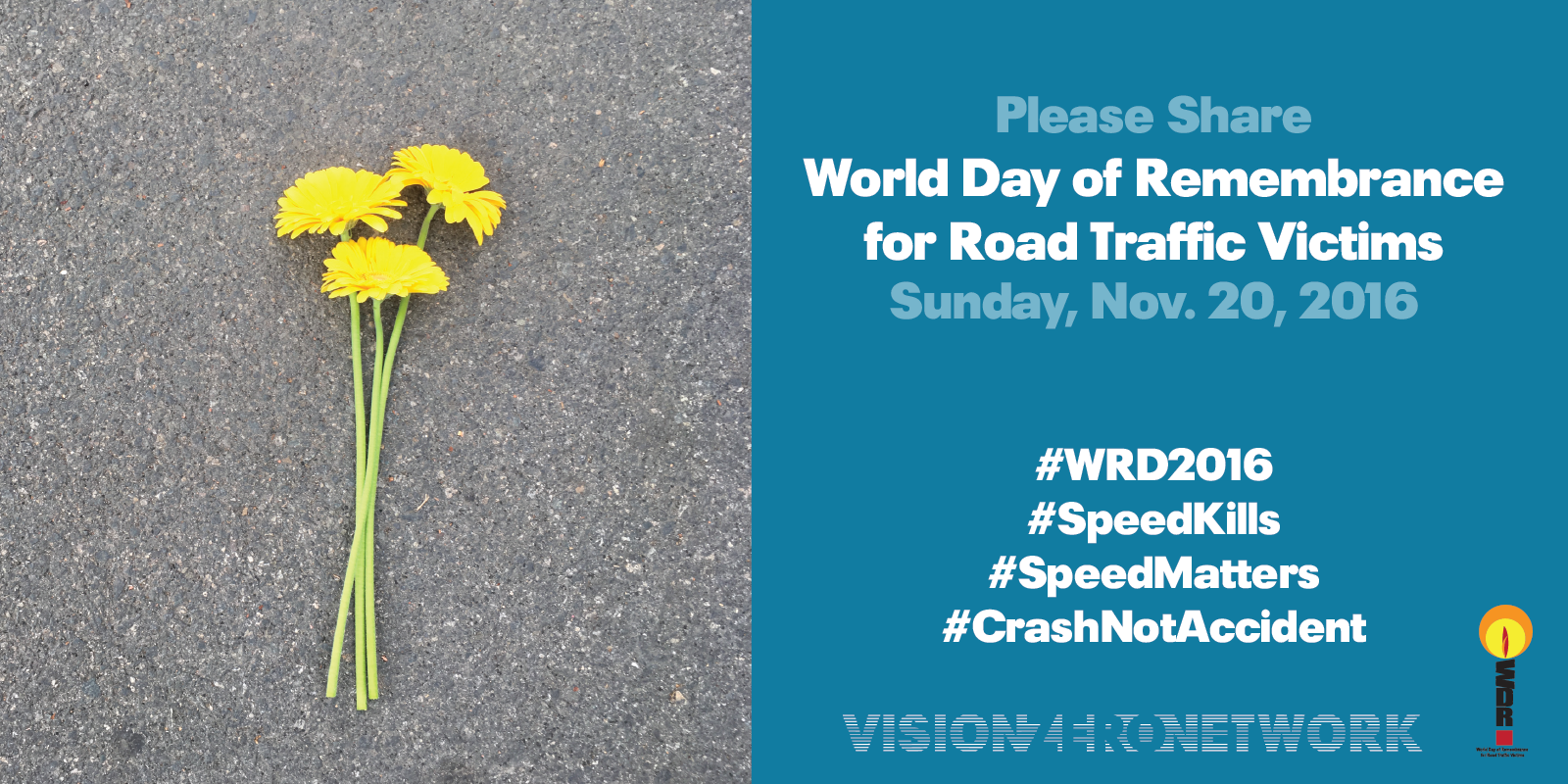 What: Day of Remembrance Road Concert
Where: Find over 40 site-specific works along Spring St. and Main St. from 1st to 9th St., and on 1st St. between Spring and Main (map)
When: Sunday, November 20, 2016 from 11am-5pm
For more information: Visit Los Angeles Walks' table at Spring Street Park, on Spring St. between 4th and 5th St.

Over 40 Los Angeles artists will perform and present site-specific works along a two-mile stretch of Downtown LA this Sunday, November 20, 2016, to honor people who have been killed and seriously injured on our city streets this year.

The "Day of Remembrance Road Concert," produced by LA Road Concerts, commemorates International World Day of Remembrance for Road Traffic Victims, and is part of a worldwide effort to bring attention to the fact that traffic violence is one of the leading causes of death around the world, as it is in Los Angeles and the United States. Globally, more than 1.25 million lives were lost in traffic crashes last year; 35,092 people were killed in traffic in the US in 2015.

The Road Concert is part of the Vision Zero Initiative, a citywide effort to eliminate traffic fatalities and serious injuries in Los Angeles by 2025 through engineering projects, education, and enforcement. The event intends to raise awareness of traffic violence in Los Angeles through creative, captivating, and curious works of art.

Find a full press release below.

Press Release
Day of Remembrance Road Concert
Sunday, November 20, 2016, 11am-5pm
Spring St. and Main St., 1st St. to 9th St.
FREE
Los Angeles Road Concerts presents a showing of site-specific projects from Los Angeles artists in unused public outdoor spaces along a loop made of Spring St, 9th St, Main St and 1st St. For one day participating artists display installations, perform works, host spontaneous readings, and make music in unexpected spaces, such as on the sidewalk, between dumpsters, along street lamps, as well as inside the audience’s earbuds as they traverse the path of the road concert. Audience members can walk, bike, skateboard, carpool or take public transit. They can time it to see it all, go it unplanned, or carefully curate their day. An official map of the day’s events along with project descriptions and other downloadable information will be available to the public starting a week before the event on the event website.

LA Road Concerts seeks to investigate the possibilities of LA's streets as sites for artistic exploration while offering a street-level window onto the city's diversity of people, buildings and landscapes, how the metropolis grew and cars came to dominate, and the in-between and negative spaces the city left behind as it expanded. Through a wide open call process, LA Road Concerts brings together art school graduates, working artists, local residents and other artists, writers, musicians, performers, to realize a broad array of kinds of interactions with the sites.

This particular road concert is part of the annual World Day of Remembrance for Road Traffic Victims (http://worlddayofremembrance.org), commemorating the many millions killed and injured on the world’s roads, together with their families and communities. LA Road Concerts partnered with the Los Angeles Vision Zero Alliance, the City of Los Angeles Vision Zero Initiative, and Alan Nakagawa, the Los Angeles Department of Transportation’s Artist-in-Residence to highlight the issue of traffic violence in Downtown LA. The City has adopted a Vision Zero goal of eliminating traffic fatalities citywide by 2025.

Over 600 people on foot were hit by cars in Downtown LA over 12 years, averaging a person a week. This road concert asks participating artists of any medium to make works that bring awareness to traffic casualties, ponder solutions and utopias, remember the victims, investigate car culture, and explore the complexity of the problem, such as what causes people to make dangerous decisions like texting or drinking while driving, or how our transit systems reflect America's race and class inequalities and privilege the able bodied.

Works of the day include a keyhole listening garden, ambient protest music, a house made of art to create a conversation about the homeless, a Mt. Rushmore lawn chair to reflect on how the patriarchy lives in our culture, a delivering of the historical autopsy at Wells Fargo, a human size pizza box, live manipulations of sounds in response to the site as is expressed in public grieving rituals, a celebration and commemoration of the lives of victims of automobile fatalities through the traditional Mexican celebration of altar making, a temporary crosswalk using only the artist's footprints, a spoken word performance about the travails of a pedestrian, a magic photo booth, a station to craft memorials for people killed while walking in Los Angeles to be later posted at crash sites throughout the city, a funeral procession discussing the history of protest apparel and new designs, and many more works!