On December 1, 2018, Los Angeles Walks, the Los Angeles County Bicycle Coalition (LACBC), and street safety activists from across the city attended a meeting of the LA Neighborhood Council Coalition (LANCC).

At the meeting, LANCC representatives viewed a presentation and considered a motion drafted by a group opposed to roadway reconfigurations; the motion calls for the removal of traffic calming measures in Los Angeles. 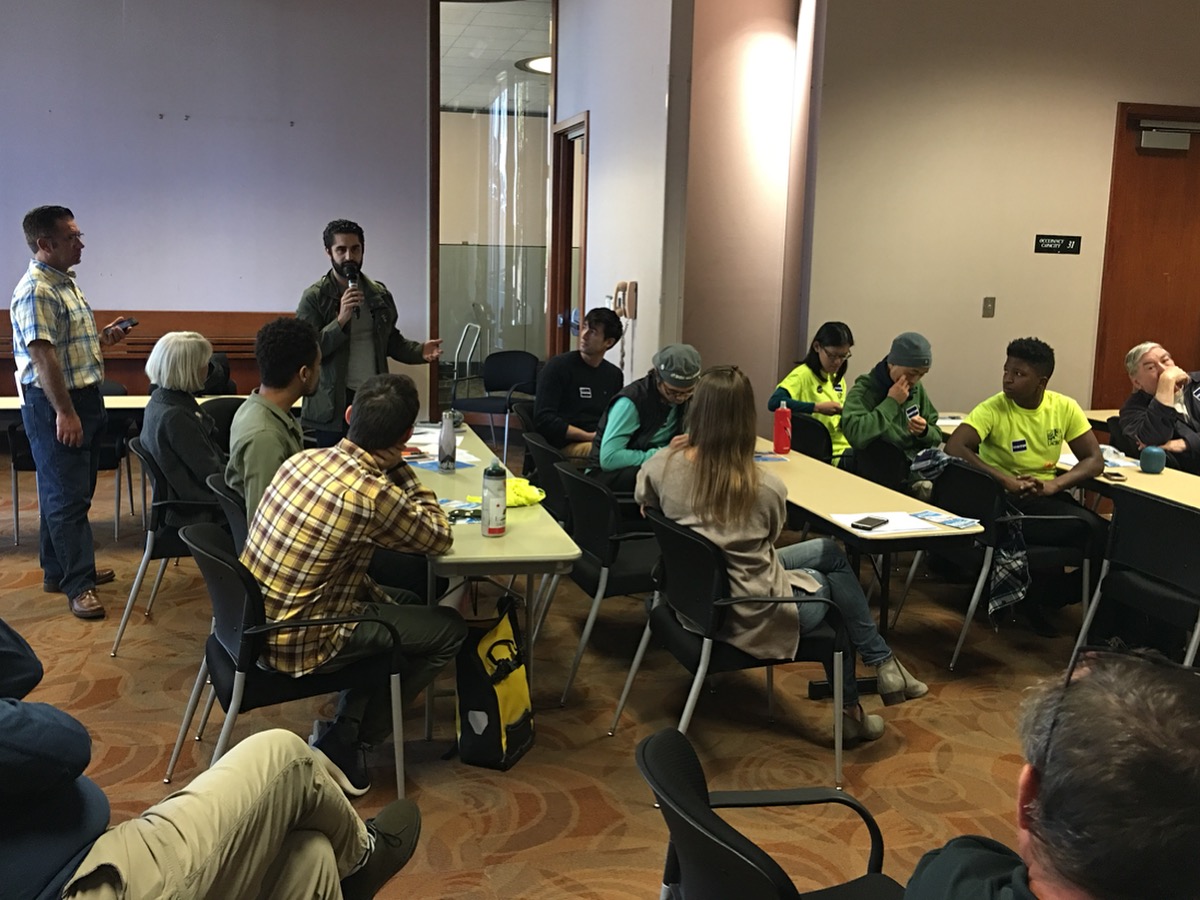 Activists turned out in droves and made a clear case for evidence-based street safety interventions that save lives. LANCC tabled the motion until their next meeting, on January 5, 2019, and invited LA Walks and LACBC to present at that meeting.

This week, LA Walks and LACBC submitted the following letter to LANCC:

As many of you will remember, at the December 1, 2018 meeting of the Los Angeles Neighborhood Council Coalition (LANCC), the agenda included a presentation and motion that proposed the removal of traffic calming measures in the City of Los Angeles.

On behalf of the Los Angeles County Bicycle Coalition (LACBC) and Los Angeles Walks (LA Walks), we write to make clear our complete objection to both the content of this dangerous and misguided motion, as well as the way the LANCC has handled the matter.

LACBC and LA Walks advocate for safe streets for all road users in Los Angeles. We work tirelessly to educate residents and decision-makers on evidence-based tools proven to reduce and eliminate preventable traffic fatalities and severe injuries in LA. As such, we were shocked to see such a misinformed presentation and motion at the December 1 meeting. We were even more outraged to see these items presented with absolutely no fact-checking or consideration of community context.

We respectfully request that the anti-traffic calming motion (agenda item 2.2, December 1, 2018), be postponed indefinitely rather than be brought back before LANCC on January 5, 2019.

We are eager to correct many of the misstatements from the December 1 presentation and had agreed to present fact-based information on traffic calming measures and street safety interventions at LANCC’s January 5, 2019 meeting. However, because no LANCC representative has responded to our many requests for details (as of December 20, 2018), we are left with no choice but to decline the offer until LANCC provides more information and adequate time to prepare.

We especially want to ensure that a discussion on public safety and street design interventions includes the appropriate experts. The discussion on December 1 did not feature any representatives from the Los Angeles Department of Transportation, Fire Department, Police Department, Emergency Management Department, the City Attorney, LA Sustainability, or LA Resiliency -- all agencies that address the public safety, emergency preparedness, and legal issues at the root of the anti-traffic calming motion. We would like to work with LANCC to invite these representatives to a future conversation so that professionals are available to address specific concerns.

Finally, we hope to work in good faith with LANCC on this issue. On December 1, LANCC representatives voted to table the anti-traffic calming motion until its January 5, 2019 meeting. However, as soon as three days later Rampart Village Neighborhood Council featured the motion on its own meeting agenda. This shows that LANCC has power to set the agenda for any and all neighborhood councils. It is imperative that more due diligence be done to make sure motions are factual. We trust that LANCC intends to explore the issue of traffic deaths and road safety in Los Angeles objectively and fairly.

For all of these reasons, we respectfully decline the offer to present on January 5, 2019 and request that the anti-traffic calming motion from the December 1 meeting be postponed indefinitely.